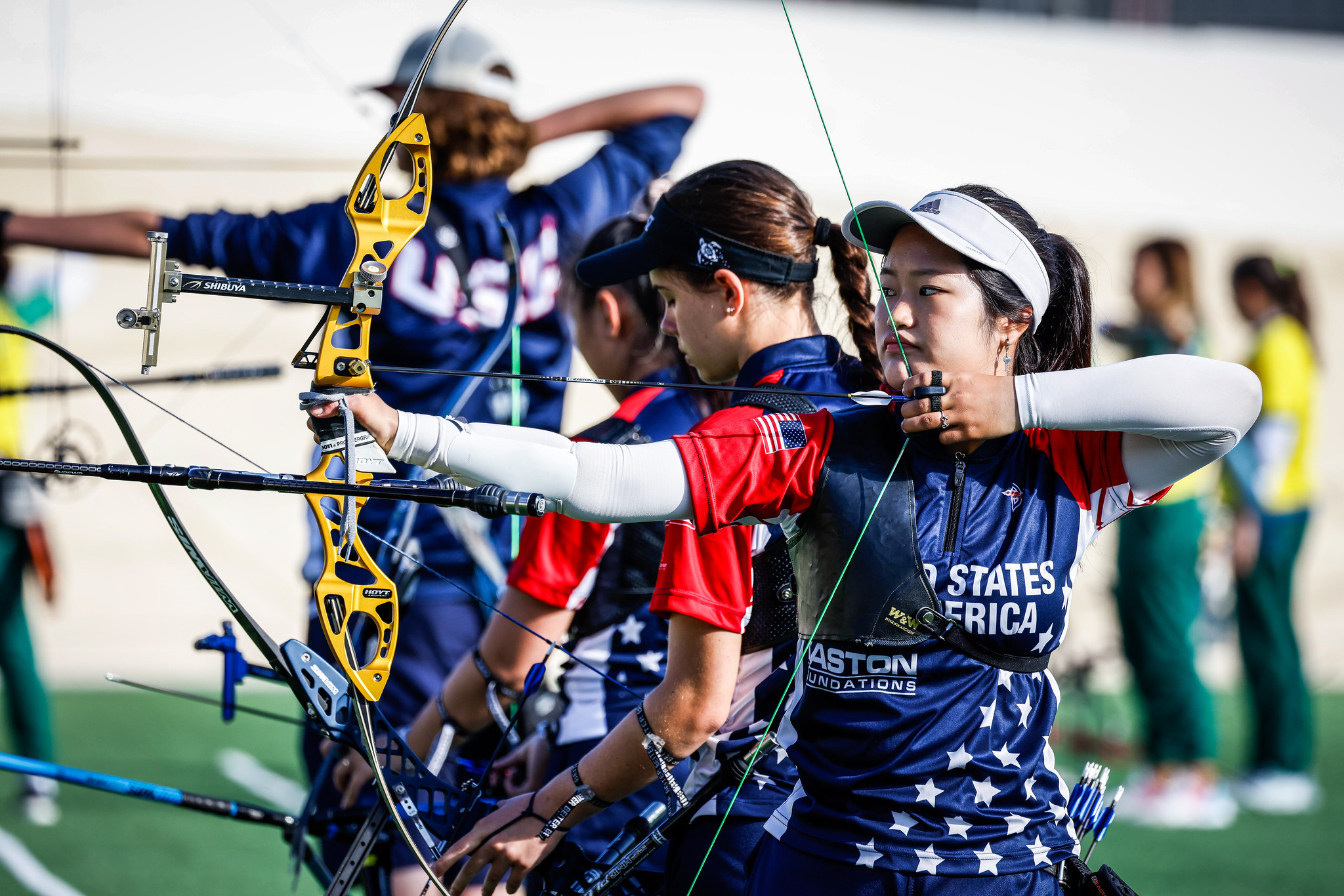 NORMANDY, France – The ISF Gymnasiade is a prestigious multi-sport event for student athletes aged 16-18. 3,500 athletes from 63 countries are competing in 20 sports in Normandy this week and a stellar team of burgeoning American archers took to the field today for qualification.

60-meter double-round world record holder Emma Kim, the highest-ranked U18 recurve archer in the United States, was in the top three for most of today’s round. Kim finished fourth in qualifying with 661, good for games to come. Americans Ailene Pak and Elizabeth Workman placed 13and and 15and with 633 and 632 respectively, seeded women’s team 3rd behind Chinese Taipei and Turkey. 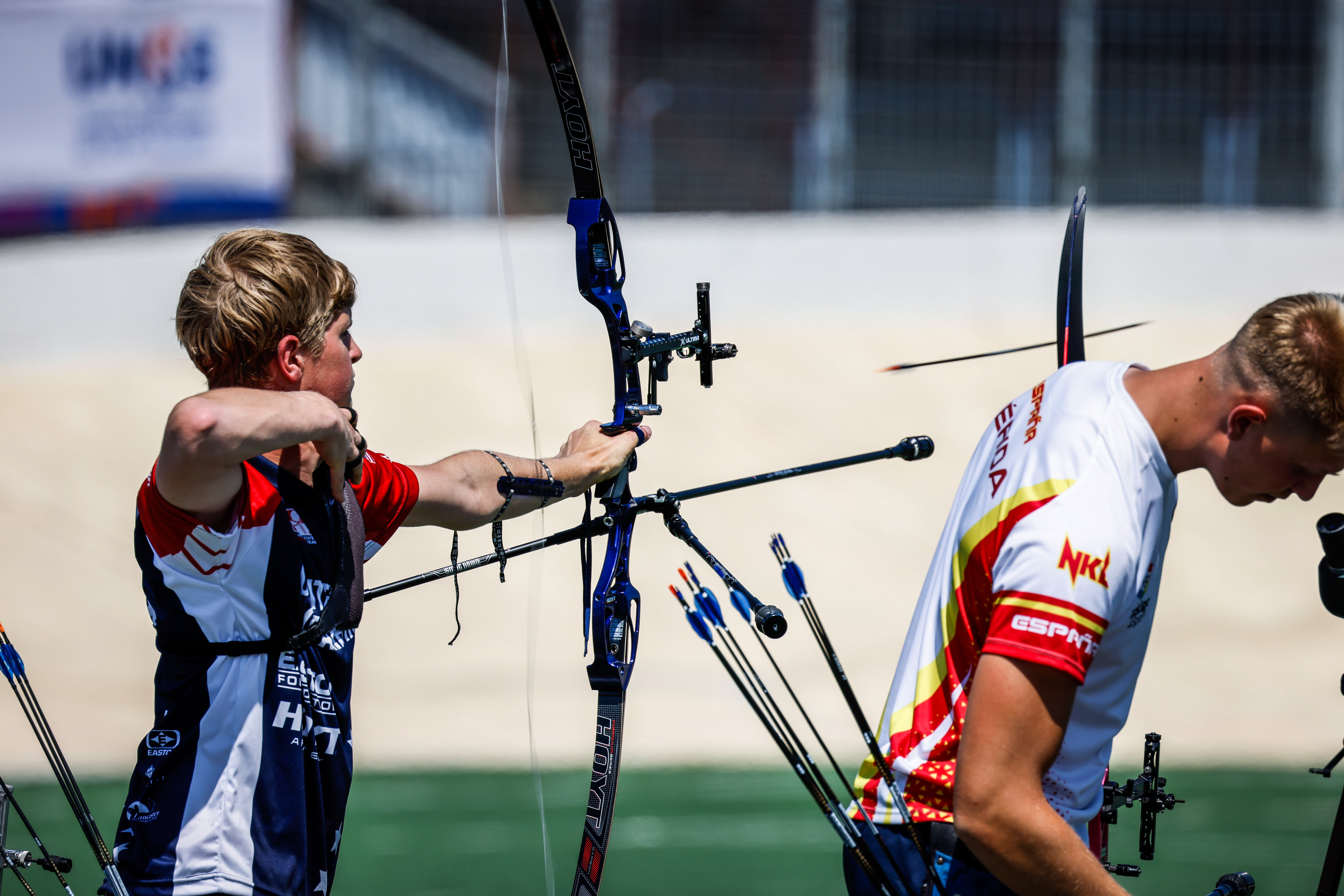 Stars of USA Archery’s new elite national development program (with Pak), Christian Stoddard and Ewan An qualified 16and and 22n/a for classic men with 636 and 617 respectively, and new resident athlete Landon Richardson was 23rd with a 614 to rank the team 6and. Stoddard and Kim are also seeded 5and for the mixed team event.

In the compound competition, USA Archery Regional Elite Development Team members Kyler Grissom and William Fowler posted 659 and 655 respectively to qualify 10and and 11and.

The results of the competition are available via the ISF. The competition is interrupted tomorrow for cultural events but resumes Thursday for individual and mixed elimination matches. Friday’s competition includes a fun international mixed team event that brings together archers from different countries after the classic morning team event. The medal matches are scheduled to air on the Olympic Channel on Saturday. Photos courtesy of John Kim.