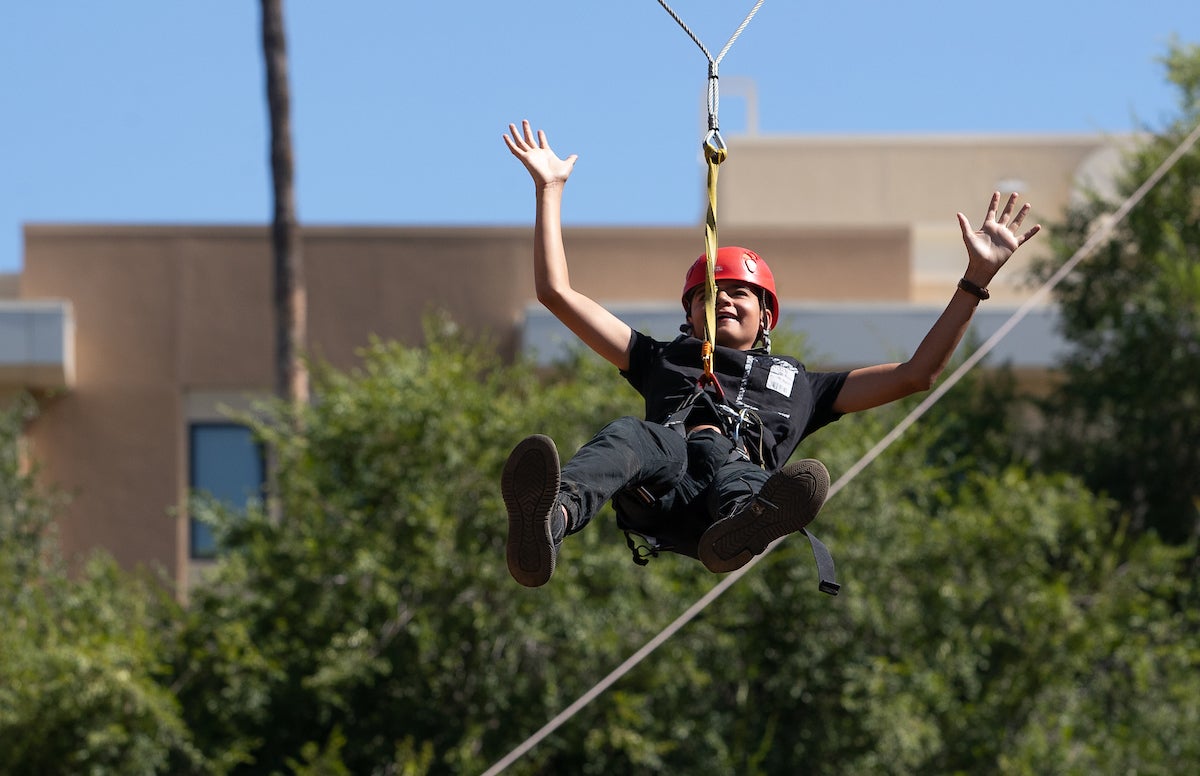 The campus first hosted camp, a program run by the National Military Families Association, in 2019. The week-long stay, from July 10 to July 14, was its first return since then, as the program and hosts began to return to normal post-pandemic.

The UCR was one of 12 sites to host Operation Purple Camp this year and the only one on the West Coast. It was also the only host on the college campus and with programs for teens.

The campers, ages 12 to 17, were mostly from California, with some from out of state and one from Italy. The camp is free for military-related children, many of whom have active-duty parents.

Their activities included archery, a tree climbing course and swimming. UCR Recreation, which hosted the camp, also offered academic lessons and exercises emphasizing leadership, teamwork and conflict resolution. They stayed at the Pentland Hills Residence Hall and dined at the Glasgow Residential Restaurant.

Rep. Mark Takano, D-Riverside, chairman of the House Veterans Affairs Committee, joined campers Monday, July 11 for a flag raising at the student recreation center. The kids also went on a field trip the next day to the March Air Reserve Base.

Brown said the camp allows children to bond with others who share similar experiences. Many of them come from families that move frequently, making it harder to make friends at school. About 40% have an injured parent and as a result often take on additional responsibilities at home, she said.

Elizabeth Gosser, 14, came from her hometown of Lacey, Washington for the second time to Operation Purple Camp. She had gone to Seattle about a year ago.

“It really helped,” she said of the experience. “They talked about how to express your feelings in a good way.”

At the start of her week at UCR, Gosser said she was looking forward to “making lots of new friends and having fun.”