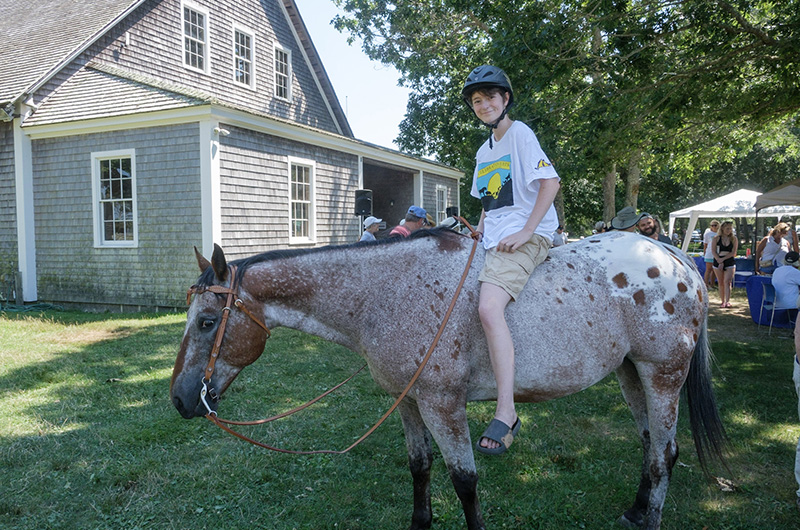 The stifling heat of the agricultural hall last Saturday exposed the true pecking order of the island. While the human “owners” baked in the sun, their panting dogs bathed in cool kiddie pools filled especially for them.

At Martha’s Vineyard Animal Shelter Pet Celebration, every dog ​​had their day.

“This is our first year at the Ag Hall,” said shelter manager Lisa Dawley, who brought her golden retriever Nellie to the event. “We’re hoping for a really huge turnout.”

His wish was granted. Dozens of furry friends big and small swarmed the grounds, though the heat kept the island’s sheep from showing up and a bird flu scared the birds away.

The event featured demonstrations as well as blessings for the animals. — Mark Alan Lovewell

The meet-the-beasts went largely without a hitch, though some friction was inevitable: Piper, a terrier mix pup, didn’t know what to think of the award-winning alpacas Hotshot and Leonardo, and rolled out some nerve-wracking camelids on the widely indifferent. .

But these meetings are part of an event that aims to bring together all the inhabitants of the Island.

By finding permanent homes for Island pets, among other initiatives, Ms. Dozier believes the shelter serves all members of the Island community, human and otherwise.

The first event of the day, a performance by the Misty Meadows Drill Team, exemplified this spirit of collaboration. In it, four young riders deftly guided their wise steeds (two chestnuts, one dark brown and one mottled white) down flowing geometric paths, mirroring and crossing each other in song and trot. 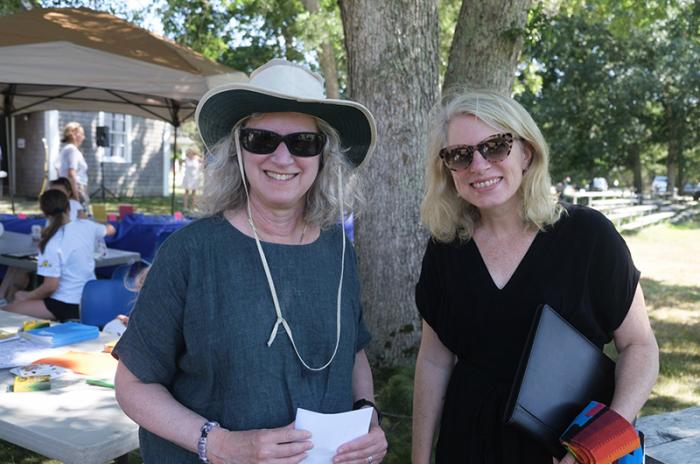 “They make it look like it’s easy, but it really isn’t,” horseback archery instructor Annie Parsons says, explaining the origins of drilling in medieval cavalry drill .

Mrs. Parsons came to the event in her capacity as owner/handler/assistant to Tony Smalls, aka Tony the Pony, a well-known Island performer, performer and miniature horse. Tony demonstrated his painting skills to a crowd of adoring young fans, after which the artwork was sold, raising money for the shelter.

“It’s one of the fastest growing sports in the country,” she said, noting it’s grown by more than 20,000 dogs since 2010, when she registered her first dog. .

Competitors included a basset hound, two golden retrievers and a rough-coated collie, all of which successfully located every hidden scent among a field of scattered garden and outdoor items.

But every dog, and indeed every animal, was a winner this afternoon, whether or not they competed. Each animal present received a ribbon. This point was underscored in the culmination of the day’s events, the Blessing of the Beasts, officiated by Rabbi Caryn Broitman and Reverend Cathlin Baker, who preached on the role of animals in their religious traditions. 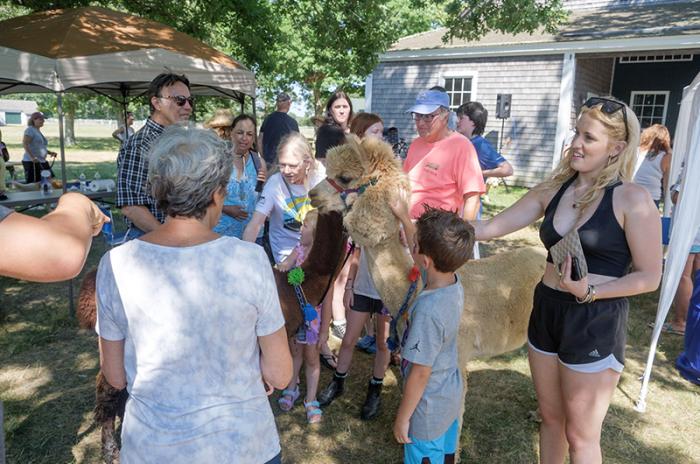 Alpacas are a hit wherever they go. — Mark Alan Lovewell

Rabbi Broitman began with a story of Moses lovingly bringing a stray lamb back to the flock, a signal to God that he was ready to become a leader of men.

“In the Bible, human beings were created last,” she said, “because we don’t want human beings to be so proud.”

Reverend Baker continued with a story of Saint Francis of Assisi, whose feast is celebrated with a blessing of the animals, reconciling a village with the hungry wolf that terrorized them. After a stern speech, the wolf promised to do better.

Reverend Baker ended with a quote from St. Francis: “If you have men who will cast out any of God’s creatures from the shelter of compassion and pity, you will have men who will do the same with their fellows.

After a brief benediction, the panting dogs and sweaty humans retired to air-conditioned cars, hopefully bringing with them a new mutual appreciation.