The Paralympic Movement yesterday and today 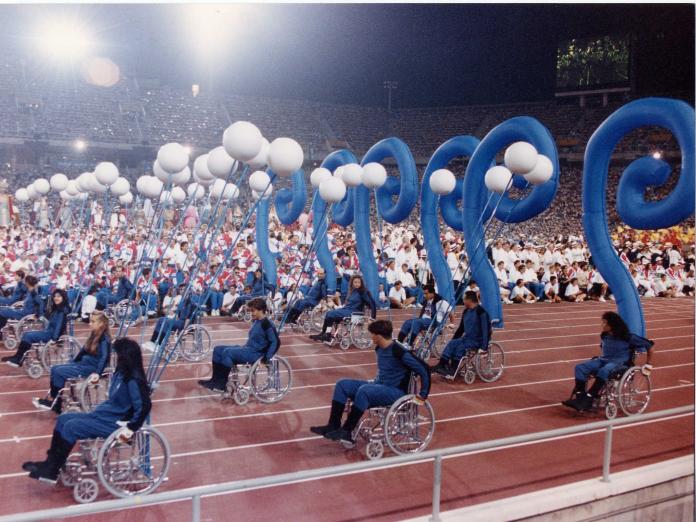 Barcelona 1992 has been described as the Paralympic Games that “changed the Movement forever”.

With packed stands, live coverage, record television audiences and a long-lasting legacy in the accessibility of the city, Barcelona 1992 set a new benchmark for the Games to follow.

In future editions of the Games, this benchmark has been met – and surpassed – with the Paralympic Movement continuing to grow and strengthen. But this progress would not have been possible without the 12 days of magic that took place in the Spanish coastal city 30 years ago.

On the anniversary of Barcelona 1992, we look at how much the Paralympic movement has changed in the three decades since para archer Antonio Rebollo shot an arrow to light the Paralympic cauldron.

NOW: Tokyo 2020 brought together 4,403 para-athletes, which represents a 32% increase compared to Barcelona.

SO: 103 delegations participated in the 1992 Paralympic Games.

NOW: A total of 162 National Paralympic Committees (NPCs) participated in the Tokyo Paralympic Games. This included the Refugee Paralympic Team made up of six athletes and five nations making their Paralympic debut: Bhutan, Grenada, Maldives, Paraguay, St. Vincent and the Grenadines. The number of NPCs was expected to be greater, but the challenges of the Covid-19 pandemic prevented some athletes from traveling to Japan. As a result, while Tokyo 2020 saw an increase from the 159 delegations present at Rio 2016, London 2012 remains the Games with the highest number of participating NPCs, with 164.

SO: Wheelchair tennis achieved medal status for the first time in Barcelona in 1992. It was a demonstration sport at the Paralympic Games in Seoul in 1988.

NOW: Para-badminton and para-taekwondo made their debuts at Tokyo 2020, while wheelchair tennis was one of the most popular sports, with host nation hero Shingo Kunieda winning the men’s singles title. It was her third Paralympic singles title following her victories at Beijing 2008 and London 2012.

SO: The torch relay crossed 30 districts of the Barcelona metropolis with the participation of 500 torchbearers. To complete the relay, para archer Antonio Rebollo fired a flaming arrow into the cauldron. A few weeks earlier, he fulfilled the same role during the opening ceremony of the Barcelona Olympics in 1992, making him the only Paralympic athlete to have lit the Olympic cauldron.

NOW: 1,070 torchbearers took part in the Tokyo 2020 torch relay, not counting those who carried the torch during the opening ceremony.

SO: King Juan Carlos and Queen Sofia of Spain attended the opening ceremony of the 1992 Paralympic Games. They returned for the closing ceremony, this time also with Princess Cristina.

SO: Switzerland’s Heinz Frei beat a field of 196 competitors to win the men’s wheelchair marathon in 1:30:00 hours.

SO: American swimmer Trischa Zorn won 10 gold medals and two silver medals in the women’s races for the visually impaired in Barcelona in 1992. Her Paralympic career spanned from 1980 to 2004 and yielded a total of 55 Paralympic medals , including 41 gold, making her the most decorated Paralympian ever.

NOW: Another swimmer, Ukrainian Maksym Krypak, was the most decorated athlete at the Tokyo 2020 Games. He won five gold medals, one silver and one bronze in the men’s S10 events.

SO: The United States finished first in the medal tally. Germany finished second, followed by Great Britain, France and Spain for an almost entirely European Top 5.

NOW: The power rankings have changed over the past few decades with China topping the medal table for the fifth consecutive Games. Chinese athletes won 207 medals, including 96 gold, and were followed by Britain and the Russian Paralympic Committee. The United States and Ukraine complete the Top 5. Tokyo 2020 also had more countries winning medals than ever before with 86 countries winning at least one medal. Costa Rica, Ecuador, Ethiopia, Pakistan, Sri Lanka and the United Arab Emirates won Paralympic gold medals for the first time in history.

SO: There were 8,000 volunteers supporting the 1992 Games in Barcelona. They were selected from a variety of associations, federations, sports clubs, high schools and universities, among other groups.