PHOENIX, Arizona – The 2022 AAE Arizona Cup marks the start of the outdoor target season and this year is off to an impressive start with record event registrations, growing competitive opportunities, high scores, new talent and intense and exciting matches.

As the wind picked up in today’s matches, strong shooters prevailed. Louis Price was the 13and 13 archers to beat 700 in a stellar qualifying round and he came through the ranks today, upsetting Dacota Taylor and Cooper French en route to taking on No. 3 James Lutz for men’s compound gold. In a close match, Lutz took the win 146-145. Top seed Sawyer Sullivan, in his senior debut, won the bronze medal against Dave Cousins.

Paige Pearce and Tanja Gellenthien, who have led the compound women throughout this indoor season, faced off in a very windy gold medal match. Pearce took the win in a shootout. Danelle Lutz, who made a name for herself shooting for South Africa, started to collect points in the USA rankings and won the bronze medal against the number one seed, Ella Gibson of Great Britain.

Catalina GNoriega won an epic gold medal in the women’s recurve final round against world silver medalist Casey Kaufhold. “The competition was tough as always,” GNoriega shared. “But I was able to focus on my shot and that allowed me to go all the way. Obviously I felt the nerves and the pressure, but in the end, just shoot and I had a blast. I’m looking forward to being on the World Cup team and being at a level where I can get on the podium there too, that’s what I’m working towards. Gabrielle Sasai took bronze ahead of Savannah Vanderwier, who advanced to the final in her first USAT event with a recurve bow. Brady Ellison is back on the top step of the podium, winning gold in his home country 7-1 against Joonsuh Oh after a strong performance in qualifying. “I felt really good today; I completely rebuilt my shot about a week ago. I shortened the length of my draw by about half an inch, holding myself a little different, trying to get rid of some back pain so I could train a little more. I felt like I was shooting around 75-80% this week and what I really learned was that even when the shot doesn’t feel good, I still hit good. I got more and more confident throughout the weekend under pressure with the changes I made. I’m pretty excited for what it’s going to be like in the future. I feel like once I figure that out and shoot 90-95%, I’m going to be pretty dangerous. Arizona star Jackson Mirich won bronze in a shootout against Dallas Jones. 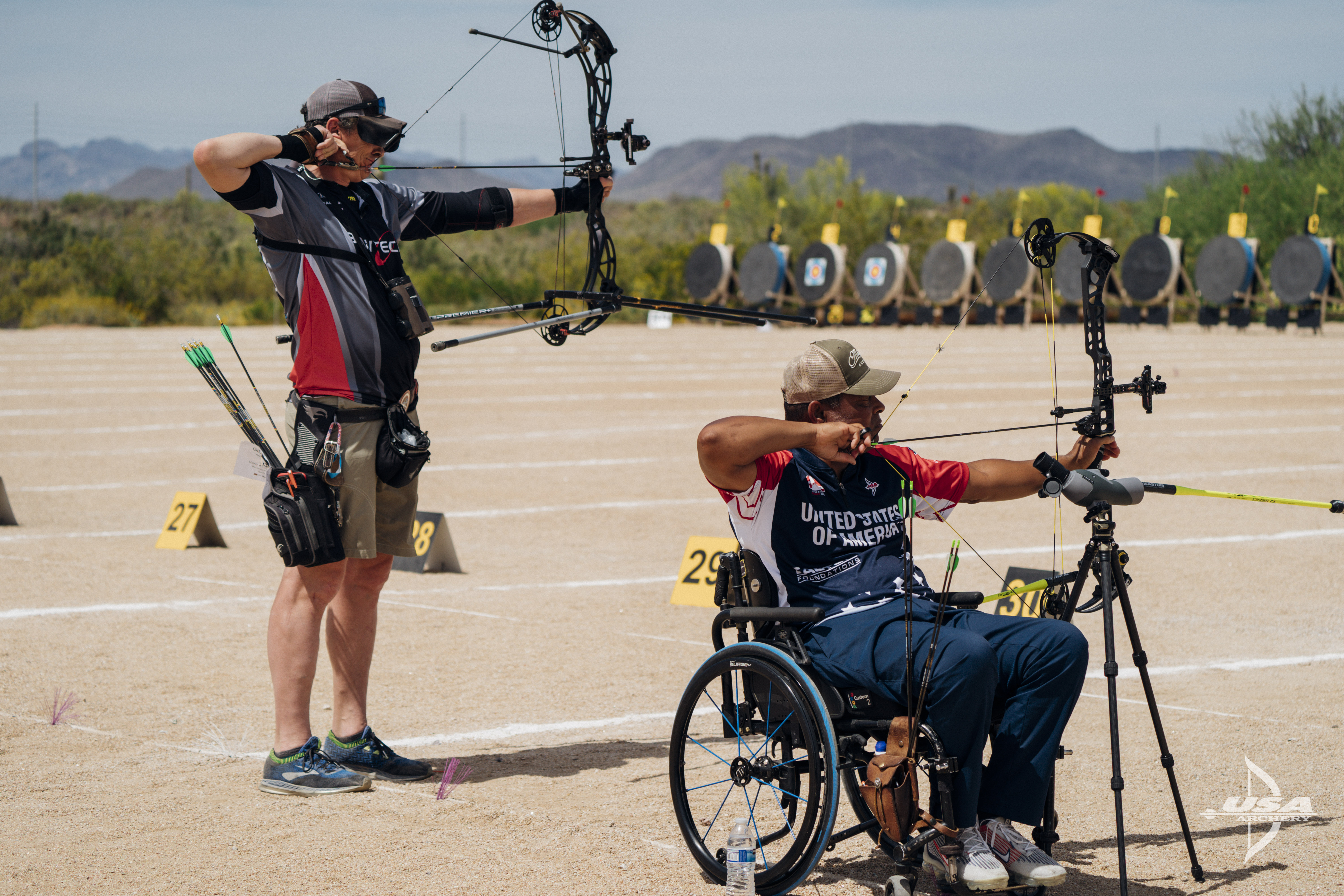 Emerging and returning talent in the 50-plus men’s classic field saw major upheaval when the top four seeds were knocked out in the quarter-finals. Gabriel Querol fought his way to gold against Raymond Gerard and number 10 Brent Allen beat Don Rabska for bronze.