Speeg’s inseparable siblings take on the world of archery together 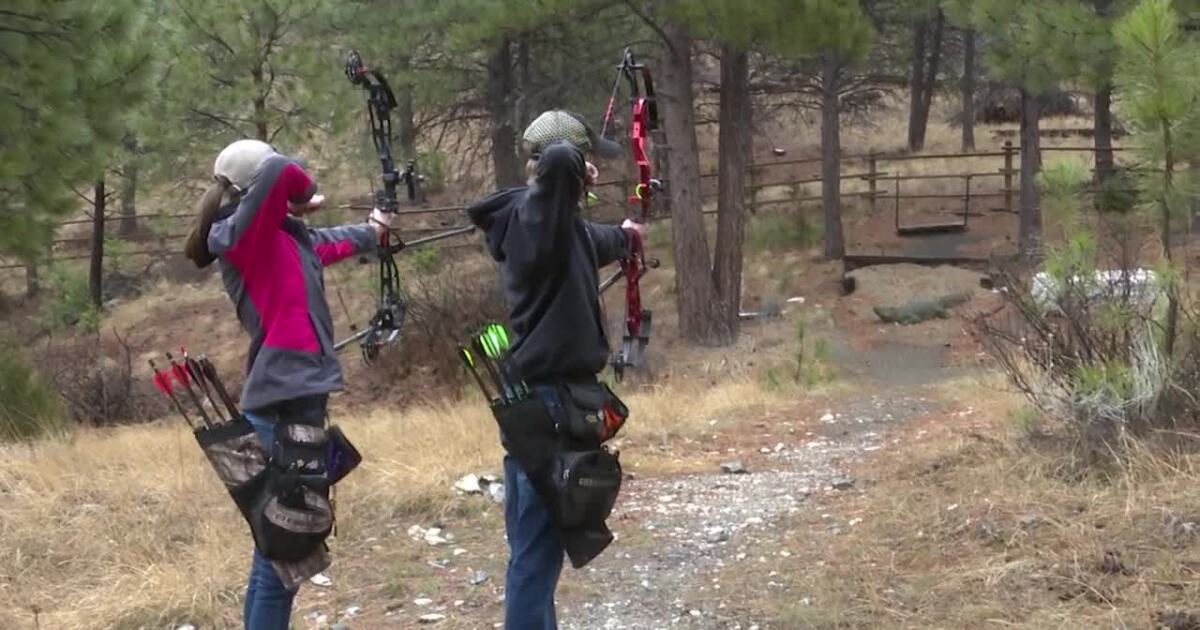 HELENA – Sibling archery duo Jackson and Tana Speeg are what their father and Archers president Lewis and Clark Roy Speeg call “inseparable.” And together they won more archery titles than could be counted on their hands.

“So right now I’ve won three national championships. So I have three bowls at home. And then I won six state tournaments,” Tana said.

But now they focus on what’s to come. The duo trains about five times a week.

“So right now we’re gearing up for out of state, which is in Thompson Falls on June 4-5. And then after that, there’s State Field in Butte on June 24-25,” said Tanah.

They both started their archery careers in 4-H.

As they progress through the world of archery, there is no limit to what they can do. For Tana, she just switched from bowhunter to freestyle.

“Like the kids said, 4-H is a great place to start. They have a lot of bows that they got through grants from different organizations, you know, nationally. So it’s beginner material. And then from there, there are bands in the area. For the National Field Archers Association, of course, archers Lewis and Clark are included. We are also a member of the Montana Archery Association Incorporated, which is our direct link to the NFA. Then there’s American archery, which is the way to go if you want to pursue your Olympic dreams. And underneath is a JOAD program, which is a junior Olympic archer development program, for which there is a club in town, Elkhorn JOAD. And then they also started a S3DA club, which is a school 3D club, for kids up to 18 or 19, I think. And they have a lot of scholarship opportunities there,” Roy said.

And despite being only 13 and 14, the Speegs are already considering Olympic and collegiate archery opportunities.