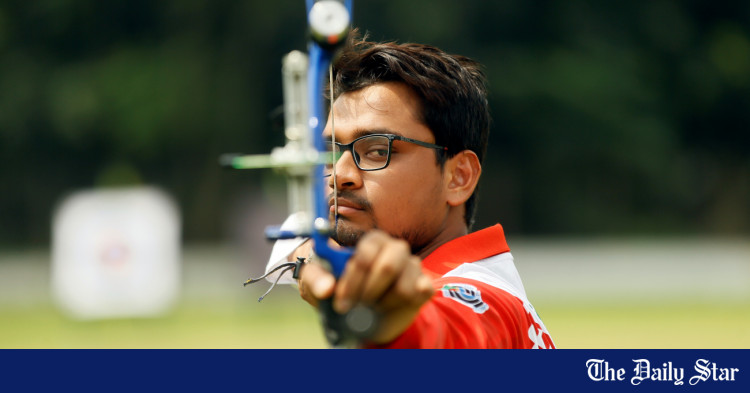 The country’s ace archer Ruman Sana was surprisingly not among the five athletes who received a two-year scholarship last month as part of the Paris 2024 Olympic Solidarity scholarships from the International Olympic Committee (IOC).

The recipients of the scholarship, awarded as part of the preparation for the next Olympic Games, are archers Diya Siddique, Hakim Ahmed Rubel, Abdur Rahman Alif, and shooters Rabbi Hasan Munna and Nafisa Tabassum.

The Bangladesh Olympic Solidarity Committee has proposed to provide each athlete with 40,000 taka per month from last July, the IOC will provide each athlete with US$1,562 per month as salaries for athletes, coaches, instruments and participation fees for qualifying tournaments for the Paris Olympic Games. , informed the general secretary of the Bangladesh Olympic Association (BOA), Fakhruddin Haider.

However, the selection of 16-year-old Alif ahead of Ruman Sana – who received the same scholarship for the Tokyo Olympics before qualifying directly for the Olympics as the second Bangladeshi athlete – has recently raised the question and the Bangladesh Archery Federation Secretary General Razib Uddin Ahmed Chapal said performance takes precedence over experience when selecting archers.

When asked if the BOA could have provided more athletes with the same scholarships, the BOA General Secretary replied, “We could have selected more athletes, but we couldn’t because we also have to bear other expenses such as coaches’ salaries, instruments and travel expenses for the qualifying tournaments.”