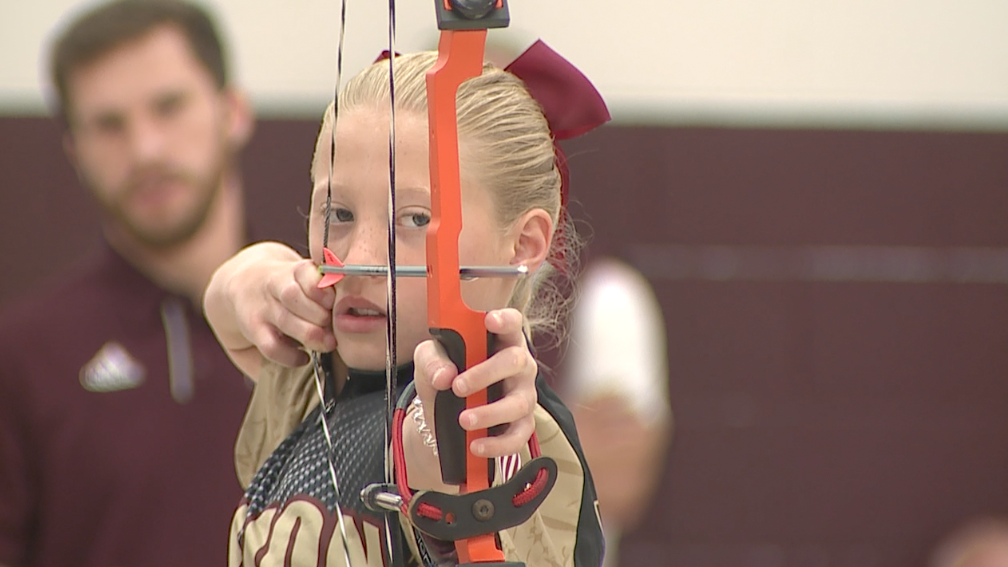 In year four, the Panthers made it all the way to the National Schools Archery Program Open Championship June 23-25 ​​and won two national titles. One for team bullseye (shooting at a conventional target) and one for 3D archery (shooting at a three-dimensional animal-shaped target).

The PES team is made up of 23 students and coaches Colby Coulter, Cassie Boatwright and Nicole Shumpert.

To earn a spot in national competition, the team traveled to Kentucky in May for the Eastern Division Qualifying Tournament. In this qualifier, they placed sixth in the bullseye contest and 11th in the 3D contest, out of nearly 130 elementary schools.

They returned for the national championship to face 24 qualifying teams from the East and West divisions.