Our cultural influence on the world is not new 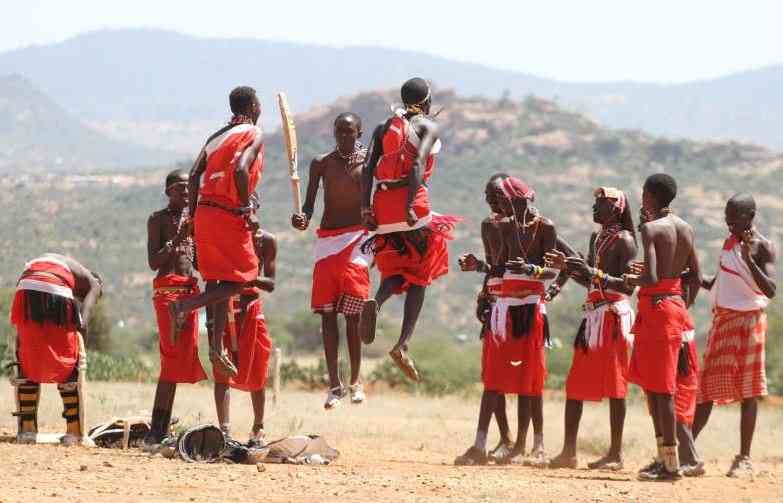 Our elections made a lot of noise in the world media. We are indeed a major player on the African scene, and subsequently on that of the world.

We have the largest economy in East Africa, as well as a major East African port, Mombasa, which is the main trade gateway to the East and Central Africa region.

Our citizens have contributed greatly to the world, not only because of our economic situation, but also because of the uniqueness of our people and their talents.

Kenya hosted the first black woman in history to win a Nobel Peace Prize, as Wangari Maathai’s heroism as a social and environmental activist has deservedly earned her a place among the most admirable in the world.

Kenyan athletes are world giants and renowned for their fitness, stamina, tenacity and humility. Kenya has the most Olympic medals of any African country with 35 gold medals so far, eight more than our closest competitors South Africa. But this country has also been a player on the world stage, even a very long time ago.

East Africa has long been part of intercontinental trade routes with the outside world. In Roman times, the entire coast from present-day northern Kenya to Mozambique was known as Azania to the Romans.

The Cushitic peoples, the ancestors of modern Somalis, Rendiles, Oromos and other Cushitic tribes once inhabited this land before the Bantu and Nilotic migrations, and it was they who interacted with the ancient civilizations of Greece and Rome, providing them with ivory. In the first millennium BC, all the coastal lands of ancient Azania passed from the hands of the Cushitic peoples to the Bantu peoples.

After centuries of trade and interbreeding with Arab and Persian sailors and merchants, a new language emerged, Swahili, which would later become the lingua franca of all of East and Central Africa.

The Swahili civilization was a central cog in the Indian Ocean trade between Asia, the Indian subcontinent, and the Middle East.

Peoples as distant as China sailed to the shores of Kenya before European navigators managed to circumnavigate the African continent.

During an archaeological dig conducted by Peking University in China and the National Museums of Kenya between 2010 and 2013, porcelain fragments as old as the 9th century were discovered as a result of intercontinental trade between the states. Chinese and Swahili.

Between 1405 and 1433, the legendary Chinese explorer and sailor Zheng traveled from China to Malindi, with a fleet of 300 giant treasure ships and 30,000 Chinese soldiers.

Sarah Zeilinski, editor-in-chief of the American magazine Science News writes that “during the fourth expedition, which left China in 1413, part of the fleet led by Commander Zheng He sailed to Bengal in India, where in 1414 they met envoys from the African coastal state. of Malindi (now part of Kenya).

“Malindi’s men had brought with them giraffes as a tribute, and they gave one of these giraffes to the Chinese, who took it home. A year later, Malindi sent another giraffe to China, along with a zebra and an oryx.

There is an ancient Chinese painting of this same giraffe that still survives to this day.

But it was not only the Swahili who were well known to the world throughout history. Some Kenyan communities and tribes in the interior of the country have marked cultures far from our shores.

The Maasai are not only famous today for their vibrant traditions and warrior culture, but were just as infamous in pre-colonial times and feared by Arabs who traded with the Swahili.

The Maasai were such a fearsome warrior culture that they deterred Arab and Swahili slave traders from venturing to the Kenyan mainland in search of slaves, saving many of our ancestors from the dark fate of slavery in Arab societies.

Arab and Swahili caravans traveling to the kingdom of Buganda were often totally wiped out by moran regiments, and WR Ole Ntimama writes that the Maasai forced the caravans of “slave catchers” to find an alternate route to Uganda by making it unsafe for them to cross into Kenya’.

The Akamba community also has a global footprint. In pre-colonial times, they traded directly with the Swahili and Portuguese on the coast, supplying ivory and slaves without Arab or Swahili intermediaries.

Subsequently, 250 Akamba were transported as slaves by Portuguese or Spanish slave traders from the Kenyan coast to Paraguay, where they were quickly freed and became soldiers, due to their skills in archery.

In 1820, they accompanied the Spanish general José Gervasio Artigas in exile in Paraguay after the independence of Uruguay vis-à-vis Spain.