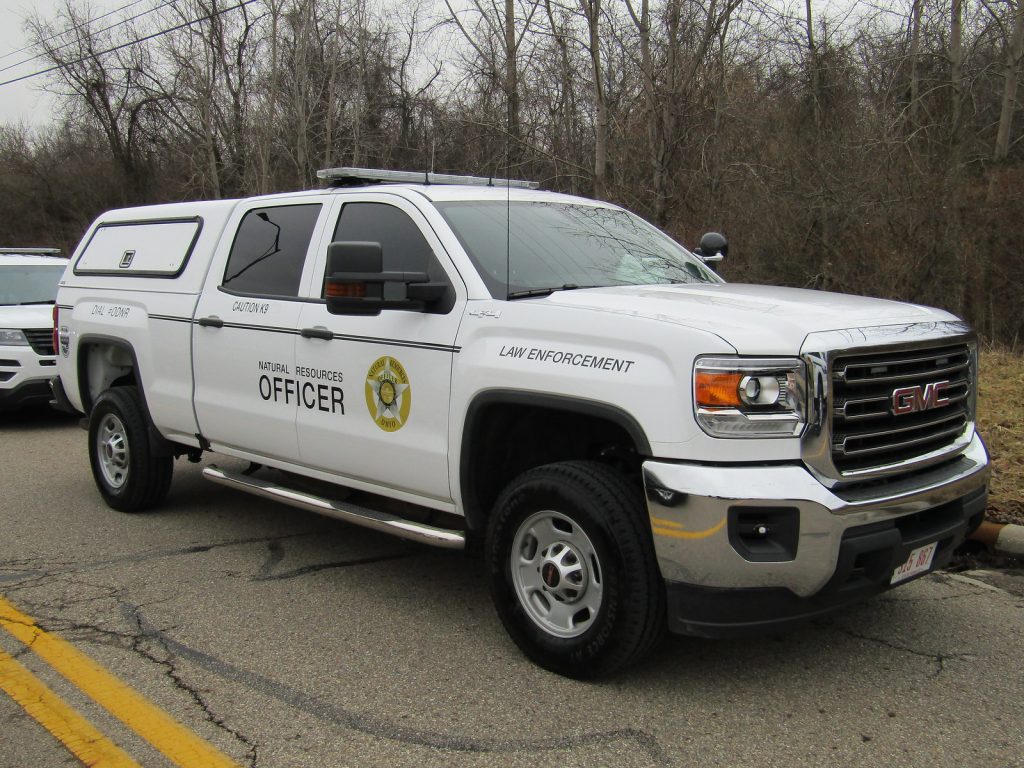 OHIO – Below is a collection of field reports from officers stationed throughout Ohio, some in southern Ohio

In July, State Wildlife Officer Jade Heizer, assigned to Fairfield County, and Wildlife Officer Supervisor Tony Zerkle received complaints about five coyote carcasses that had been dumped in a tributary of Clear Creek. Although there is no closed season or coyote bag limit in Ohio, dumping and litter laws state that nothing of an unsightly or unsanitary nature may be dumped on the shores or in state waters. Officers issued misdemeanor summonses to two people for the incident.

While on patrol during the 2021-22 whitetail deer hunting season, State Wildlife Officer Chad Grote, assigned to Marion County, contacted two hunters suspected of hunting without a permit. The hunters were found to have written permission for the property, but were driving a different vehicle. However, one of the hunters did not have a deer license. The suspect received a summons to hunt deer without a license, was found guilty by the Municipal Court of Marion and paid $238 in fines and court costs.

On the opening day of the spring wild turkey hunting season, State Wildlife Officer Austin Dickinson, assigned to Defiance County, received a call about a deer that had been poached. Constable Dickinson responded to the scene and found a deer that had been shot with a shotgun. He identified a suspect, who was charged with hunting without a valid hunting license and killing a deer during the closed season. The suspect was taken to jail on an outstanding warrant from another agency. He was found guilty on both counts and received a $500 fine, $115 in court costs, $250 restitution for the deer, and a 10-day suspended jail term in the absence of similar offences.

State Wildlife Officer Craig Barr, assigned to Allen County, was on bike patrol during America’s Greatest Birding Week 2022 in the Magee Marsh Wildlife Area. He noticed a woman walking back and forth around the parking lot and contacted her to see if she needed any help. She was from out of town and had trouble finding her rental car. Constable Barr cycled through the parking lot and quickly located the vehicle. He returned to the relieved woman and accompanied her to her car.

During the 2021-22 whitetail deer hunting season, State Wildlife Officer Craig Porter, assigned to Jefferson County, responded to a complaint about someone hunting without a permit. The intruder was cutting down trees and leaving trash behind. Officer Porter issued summonses for hunting without a license and littering. The individual was found guilty in Jefferson County court and ordered to pay $700 in fines and court costs, and to stay off the property indefinitely.

State Wildlife Officer Craig Porter, assigned to Jefferson County, received tips in the fall of 2021 about a hunter who falsely claimed landowner status on a harvest of white-tailed deer. State Wildlife Officer Scott Traver, assigned to Stark County, issued a subpoena for violation. The individual appeared in Jefferson County court and was ordered to pay a $195 fine. He was sentenced to 14 months probation and his hunting license was suspended for a year.

State Wildlife Officer Ryan Donnelly, assigned to Athens County, was patrolling the Poston Wildlife Area during the 2021-22 white-tailed deer archery hunting season. He located tire tracks in the mud along a lane marked with several signs that read “No vehicles past this sign.” Constable Donnelly located a muddy van beyond these signs in the wildlife preserve. He issues the owner of the truck with a summons for driving a vehicle in an undesignated area. The driver paid $190 in fines and court costs.

After the 2021-22 white-tailed deer archery hunting season ended in February, State Wildlife Officer Ted Witham, assigned to Jackson County, became aware of discrepancies with a reported deer harvest. An individual had shot a deer prior to purchasing a hunting license or deer licence. Constable Witham informed the person of the importance of buying licenses and permits before a harvest, and how the money from those sales funds wildlife conservation. The suspect was convicted in Jackson City Court of hunting without a valid hunting license and harvesting a deer without a valid license. He paid $335 in fines and court costs.

Miami County State Wildlife Officer Jasmine Grossnickle attended the 33rd Annual National Envirothon at the University of Miami. The National Envirothon, a week-long event, is a program of the National Conservation Foundation and is the largest high school environmental education competition in North America. Each year, more than 25,000 high school students across the United States, Canada and China participate in the Envirothon, integrating STEM (science, technology, engineering and math) principles, experiential learning and hands-on outdoor experiences. Constable Grossnickle answered questions regarding Ohio conservation projects and wildlife. Through the Envirothon, students are empowered to educate others, take action in their communities, pursue studies in environmental disciplines, and pursue careers in natural resource conservation. Officer Grossnickle shared information about his career in wildlife law enforcement, inspiring the next generation of conservationists.