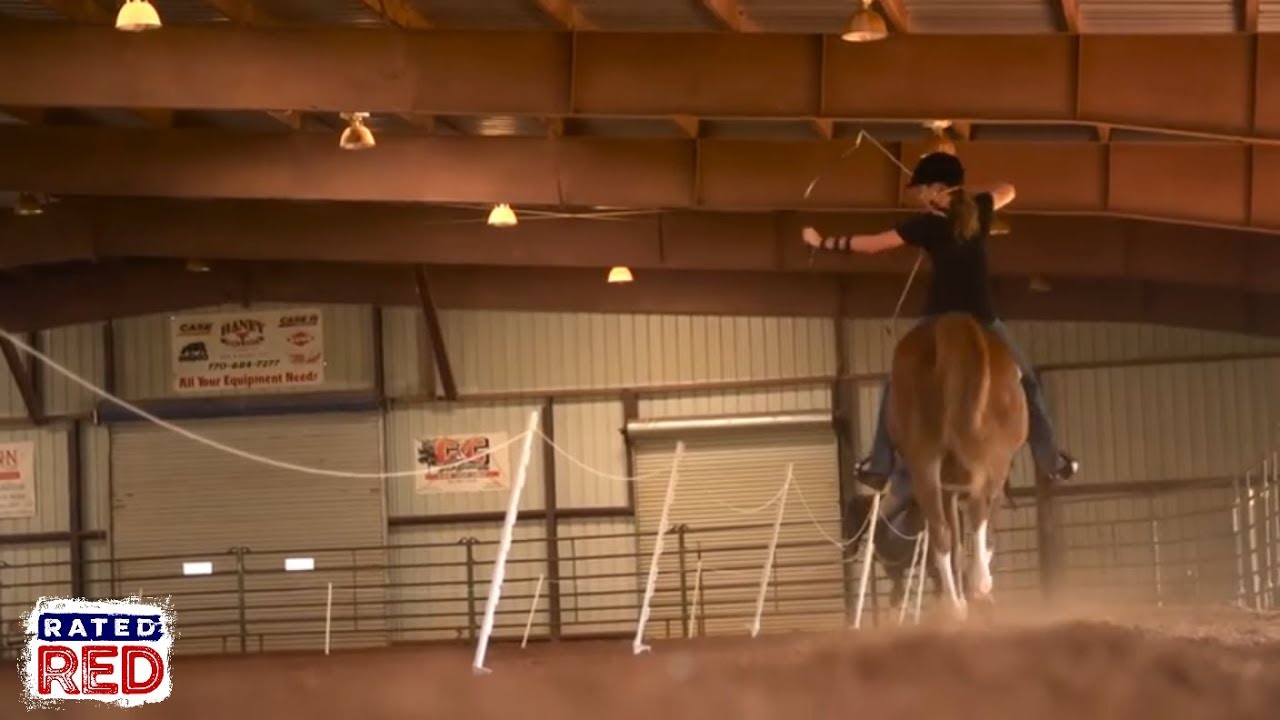 Let go of the reins. One hand holds your bow, the other holds an arrow. You fix your eyes on the target, confident that your equine partner will remain stable and loyal. You would think it takes a very confident rider, but the truth is quite the opposite. Many people drawn to archery are nervous riders who have found confidence in the thrilling sport of mounted archery.

Kaitlin Akvan bought her horse Koda when he was a yearling. “Every step was exhilarating,” says Akvan.

“The only mile marker we could all do without is that first fall. The first time I fell off Koda was like fireworks. The following months were filled with a lot of dread and horror “a lack of confidence from both of us. I thought maybe I had bitten off more than I could chew.”

One day, friends told him about a mounted archery clinic. “I thought it sounded cool, but I was also nervous,” she recalled. “The morning of the clinic, I thought there was no way to let go of the reins to shoot archery.” But in the end, Koda trotted while Akvan fired arrows. The next step for her was to overcome her fear of field archery.

“Galloping through the woods without the reins and shooting a gun? It was very different from an arena course,” says Akvan. She kept going, however, and last summer she took part in a field course.

“During our last [field archery] run, I finally felt the confidence I was looking for,” she says. “For the first time since that bad crash, I trusted Koda and let him guide me through the course without trying to micromanage it. It was the best feeling – complete freedom and this partnership that I always wanted.

Marissa Scalzo has been riding since the age of 10 and is also a floor archer.

“Putting my two favorite sports together felt like a dream come true,” she says. “I think the idea of ​​connecting with a horse so closely that you could shoot him seemed unbelievable and almost unattainable. I didn’t expect mounted archery to help me with my confidence. In fact, I almost expected the opposite; I was sure I would never be comfortable enough in my galloping seat to be able to shoot an archery!

But Scalzo has found that confidence, and she now canters any horse she rides, since she doesn’t own one herself.

“I feel a lot more confident on different horses, knowing my seat is solid, my touch is light and my mind is connected to my mount, all thanks to mounted archery.”

I too was a nervous rider due to a bad fall a few years ago. Something about letting go of those reins gives you confidence and calms the fear. Focusing on a target and aiming makes you lose nervousness. In less than a year, I was at a gallop, and not just in the way of archery. I now have the courage to gallop on the trail.

Even if you don’t lack confidence, mounted archery gives you a strong bond with your horse and builds your skills as a rider. He also has a way of luring people into equine pursuits.

“My husband wasn’t really into horseback riding until we watched a horseback archery video,” says Kristen Andersen, co-leader of the Northwest Nomad Warriors in Washington state. Her husband, Canyon Coppola, is now the head of a club and a board member of Horse Archery USA. The sport offers great potential for couples or families to enjoy an activity together on horseback.