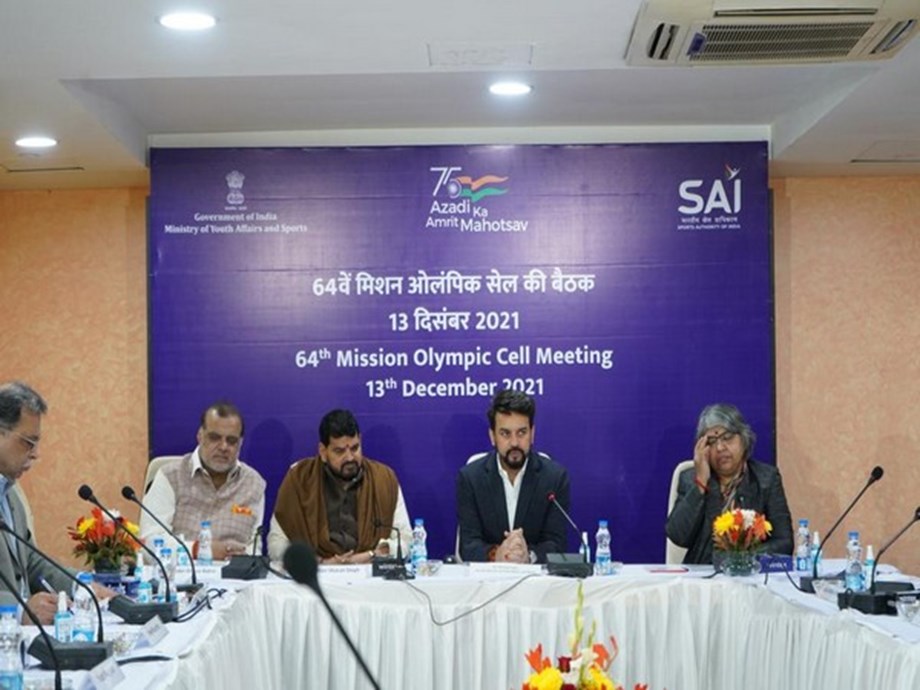 The Olympic Mission Cell of the Ministry of Youth and Sports on Thursday approved proposals worth Rs. 6.56 lakh from the Target Olympic Podium program for two development group athletes, the 20-year-old pistol shooter Naveen and 17-year-old recurve archer Ridhi, to help them prepare for this year’s Asian Games and other competitions. The MOC sanctioned Rs. 4.14 Lakh to Naveen, who finished fourth in the 10m air pistol competition at the ISSF World Junior Shooting Championships in Peru. This grant will allow him to secure, among the equipment, a Steyr Evo 10 E pistol and a Scatt MX-W2 wireless optical sensor.

Ridhi, who is part of the Indian women’s team that won silver at the Asian Championships in Dhaka last November, has been fined Rs 2.42 lakh for buying Hoyt Formula Velos limbs for her bow and arms. arrows X10. Ridhi caught the eye when she fought hard against Japanese world No. 29 Tomomi Sugimoto at the world championships in Yankton, USA in September. The MOC also ratified the approval of a proposal by paratrooper Manish Narwal for the purchase of ammunition and the board and accommodation costs of his Dronacharya award-winning trainer, JP Nautiyal. This proposal was worth around Rs. 4,000,000.

The ministry supports elite athletes mainly through the annual training and competition calendar (ACTC) of each national sports federation. TOPS provides personalized support to athletes in areas not covered by the CCTA and responds to the unforeseen needs of athletes as they prepare to excel at the Olympic and Paralympic Games. Last month, the MOC decided to review TOPS support for recurve archers Deepika Kumari and Atanu Das after the National Archery Ranking Tournament in Hyderabad from January 1-10. Given their below average performance in the event, the MOC decided not to include them. in the TOPS list for now.

“I appreciate that SAI officials informed me prior to the MOC meeting that there was a possibility that I would be excluded from the TOP program. I will be motivated to return with good scores in future competitions,” said said Deepika Kumari. Atanu Das echoed his thoughts. “We were very upset that we couldn’t get the results we wanted at the Olympics. And we took a break from competitive archery after the Olympics. I know that’s just a matter of time before we find form and get back to where we belong,” he said.

Recognizing their immense contribution to raising the profile of archery in the country over the past decade and a half, MOC members, ISC officials and Archery Association officials India arc contacted them and shared the decision with them. (ANI)

(This story has not been edited by the Devdiscourse team and is auto-generated from a syndicated feed.)