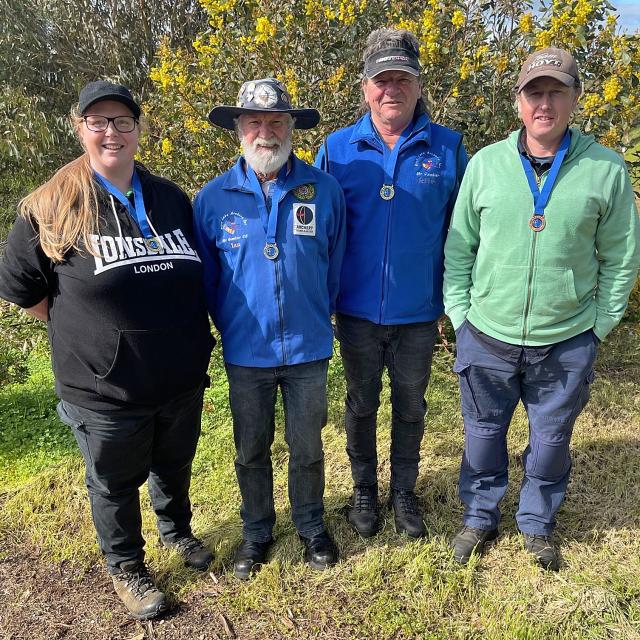 THE State Archery Field Championship was the focus of Blue Lake Archers members over the weekend, with a successful venture by the four local competitors who competed.

The championship was hosted by the Great Southern Archery Club at its picturesque archery range located at Strathalbyn on the Fleurieu Peninsula.

Ian Harris, Tamika Mullan, Ben Kilsby and Jeff Puckridge were in attendance and all came home with podiums in their individual gender, age and equipment categories.

The 58 archers competing represented nine South Australian clubs and were spread across 28 divisions.

Field archery takes place on natural terrain, with archers moving from target to target, each target at a different distance and target face size.

The maximum arrow score in field archery is six points for each arrow, with three arrows shot at each target rest.

Archers must shoot a total of 24 targets to complete the event, the total possible score of 432 points.

Mullan won a gold medal, winning his division by an easy 65 points.

Puckridge snatched his gold medal by a biting solitary point in his division.

Archery returns to the local scene this week with indoor archery at Blue Lake Gymnastics Club, Malseed Park on Friday at 7pm, followed by outdoor archery at Corriedale Park at 12.30pm sunday.