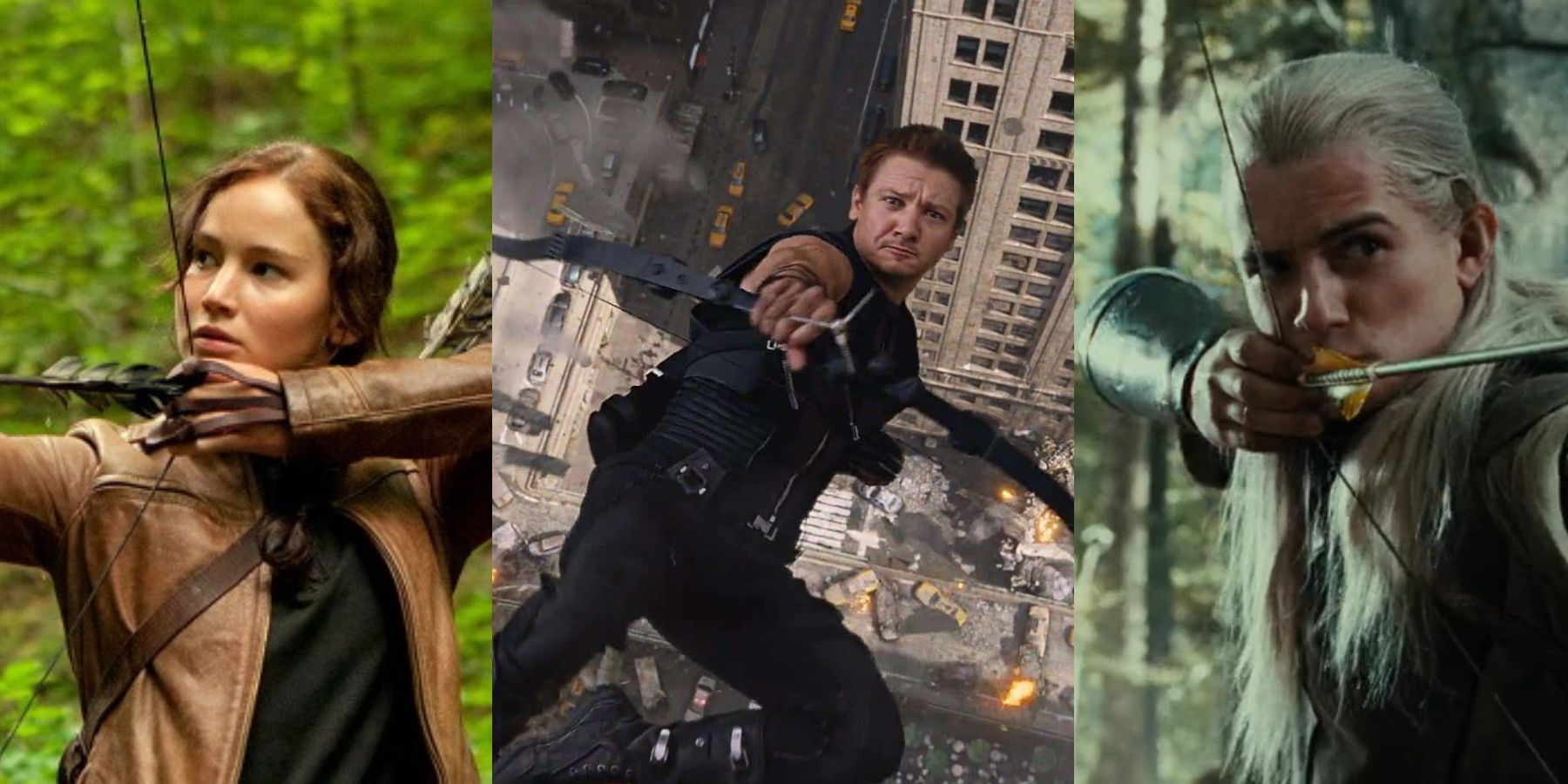 When people think of action movies, the images of close combat and explosives are in their minds. The sound of gunshots, the sound of the steel of swords, the grunts and frustration of punches and ground beatings. Sure, there’s nothing wrong with this action idea, but it seems long-range combat may be underrated in movies.

Related: LOTR: Is Legolas A More Skilled Archer Than Most Elves In Middle-earth?

It’s not so exciting for some to watch the draw of an arrow, the slow breathing to make sure the target is hit. But to some, the technique and speed of some of these characters when using bows is incredibly impressive. And while not all action movies have archers, especially modern movies, there are still plenty of iconic characters who use bows and arrows to defeat their enemies. These are some of cinema’s most iconic archers.

Disney isn’t often looked at when people think of action, but there’s no denying that this feisty girl is one of the hottest archers around. For someone who is not allowed to participate in these kinds of activities, she is amazing with the bow. Merida can be compared to Arya from game of thrones. They are both forced to do women’s activities, when all they want to do is join the men.

The best scene to show off her skills is during competition when she goes against her parents’ wishes, rips her dress and shoots every target, hits a target, and even splits a previous arrow in half with her own. It is a beautiful piece of art and shows off his skills beautifully.

Hawkeye is most likely the main archer shown in modern movies thanks to MCU. The superhero is quite skilled with the bow and even takes on gigantic aliens and robots with just his arrows. Certainly, the superhero uses modern technology to ensure that he can take on the biggest of enemies without too much effort thanks to the various arrows at his disposal. The main arrows fans see on his MCU journey are his explosive-tipped arrows, which help during The Avengers.

Granted, there are several other arrows in his arsenal that seem to be perfect for any occasion, such as Smoke Bombs, Grapple, Flare, Net, and Pym. But even with all of that at his use, he still has a lot of talent that he shows through all of his movies and television appearances.

Beginning as a young adult novel by Suzanne Collins, Katniss Everdeen quickly transitioned to the big screen to show off her incredible skills with a bow. Katniss learned her skills on her own in order to support her poor family, but it soon became her primary means of surviving and hitting the capital.

Like most novel-to-film adaptations, the book gives fans more insight into her skills, the film still shows just how capable she is with the weapon. One of the most notable moments fans got to see her skills was when Katniss had to practice her skills, which was archery, at The Gamemakers. When she realized they weren’t paying attention to her, she fired an arrow at them, hitting the roast pig on the table. It not only showed his personality, but also his confidence and skills.

As one of the most iconic video game archers, it’s hard not to put Lara Croft in the same list in the movies. Lara Croft first entered the movie scene in 2001 with Angelina Jolie, but recently had a 2018 adaptation with Alicia Vikander. The movie didn’t fare very well, but it’s still amazing to see the iconic character on the big screen.

The film follows the games with Lara Croft who goes in search of her father’s last known location where she is against all odds. Lara Croft uses her skills to survive and portrays the video game character at her best. And with a sequel on the way, hopefully fans can see more of his skills come to life.

1 Lord of the Rings: Legolas

While everyone on the list is human, Legolas is an elf, meaning his formative years not only help him develop his skills, but his honed natural abilities make him fantastic at the job. He proved throughout the the Lord of the Rings and Hobbit series that he can defeat any enemy by himself.