Horseback archer Kenton Miller is Canada’s No. 1 with a bow and arrow 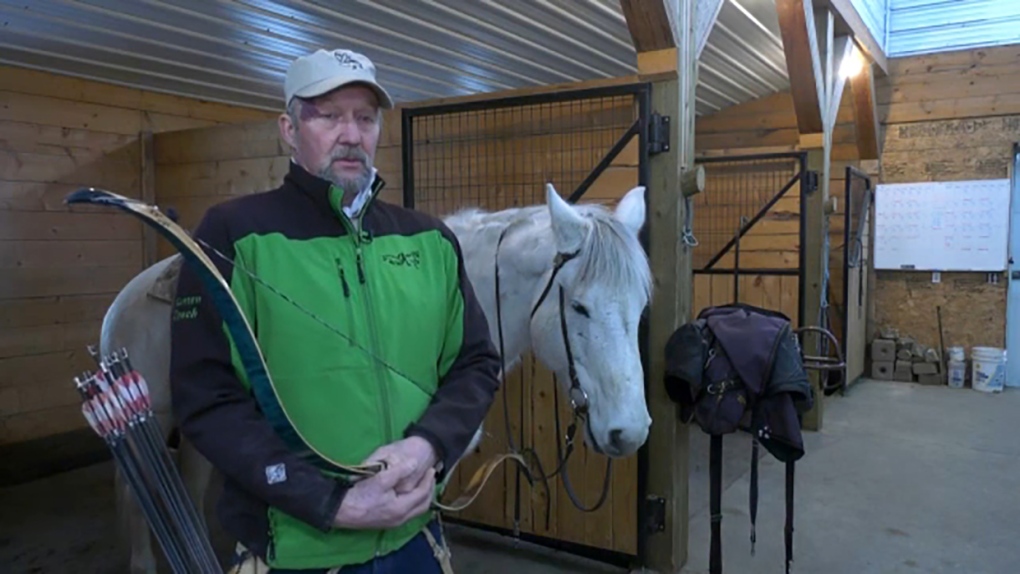 For 800 years, archers in China, Japan and Mongolia have practiced the art of archery on horseback.

Kenton Miller would like to see more people in Canada try the sport.

Miller grew up around horses and the bow and arrow. He also had a passion for martial arts. This led him to try archery on horseback. Miller says the sport suited him perfectly.

“Martial arts on horseback with a bow and arrow,” Miller said.

“The intrigue, the challenge,” he said. “I’ve always liked a good challenge, so all of those factors came together for me.”

He participated in the Texas International Horse Archery Festival and surprised everyone in Texas by winning it.

“I was undeniably thrilled,” he said.

“People there were absolutely shocked because no one had ever heard my name before.

“I introduced myself when I walked in the first day and they called me Canada’s dark horse.

“I walked in and kicked a horseback archery tournament no one had ever heard of my name.”

Miller grew up around horses and the bow and arrow. He also had a passion for martial arts. This led him to try archery on horseback.

Miller says the key to being good at archery on horseback is that you have to be a good rider.

Miller has it with his horse Silver.

“You have to be able to get up there and throw the reins away,” Miller told CTV.

“Literally you stand up, draw a bow and start concentrating and shooting at targets on horseback at a gallop,” he said.

Miller is the highest ranked mounted archer in Canada. Although he says it’s a great honor, he’s more interested in giving back now.

“I mean I’ve had the chance to develop skills that I can share with others to create their opportunity to enjoy a sport that’s a little over the top.

“The greatest thrill is seeing other people achieve something that I enjoy so much.”

Miller gives clinics at his farm north of Olds. You can find more information on their website at https://www.kaspianequestrian.com/archery-club

Miller says they also plan to hold an international competition in Kaspian in August.