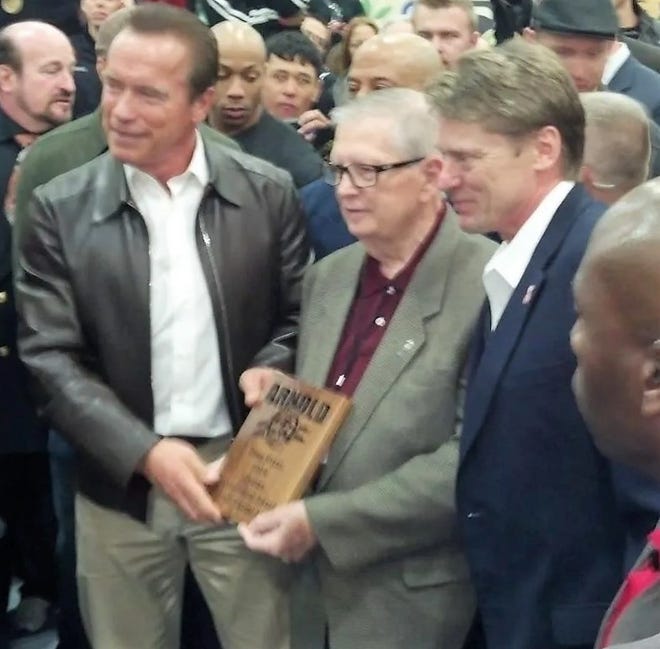 COSHOCTON — A Coshocton native important to the proliferation of martial arts in the United States has died.

C. Douglas Grant of Columbus died May 9 at the age of 90 at Mill Run Care Center in Hilliard. The funeral was held on Friday and he was buried in Blendon Central Cemetery in Westerville.

Grant served as a paratrooper during the Korean War. As he told the Tribune in 2014, he came across a man in a field doing strange exercises one morning while serving overseas. Grant approached the man and struck up a conversation. It turned out to be Kwon Soo Bo, Korean national judo champion.

Martial arts historians credit Grant with being one of 11 creators of the discipline in the United States. He founded the first martial arts school in Ohio and introduced the sport to the annual Arnold Sports Festival in Columbus. This helped transform the event from a simple bodybuilding competition into a showcase of many activities such as fencing, archery, fitness, dance and many fighting styles.

“We can have more athletes and involve more kids than they have at the Olympics,” Grant said of the festival in 2014. “We touch all kinds of sports.”

Grant was a former Olympic police judo champion, was inducted into the Martial Arts Hall of Fame in 2009 and received the Arnold Schwarzenegger Martial Arts Lifetime Achievement Award in 2014.

Grant was also a retired Worthington Police Department sergeant, worked as a professional wrestler, and coached the Worthington Recreation Judo Club for 20 years. He was a life member of the Capital Fraternal Order of Police Lodge 9 and Veterans of Foreign Wars.