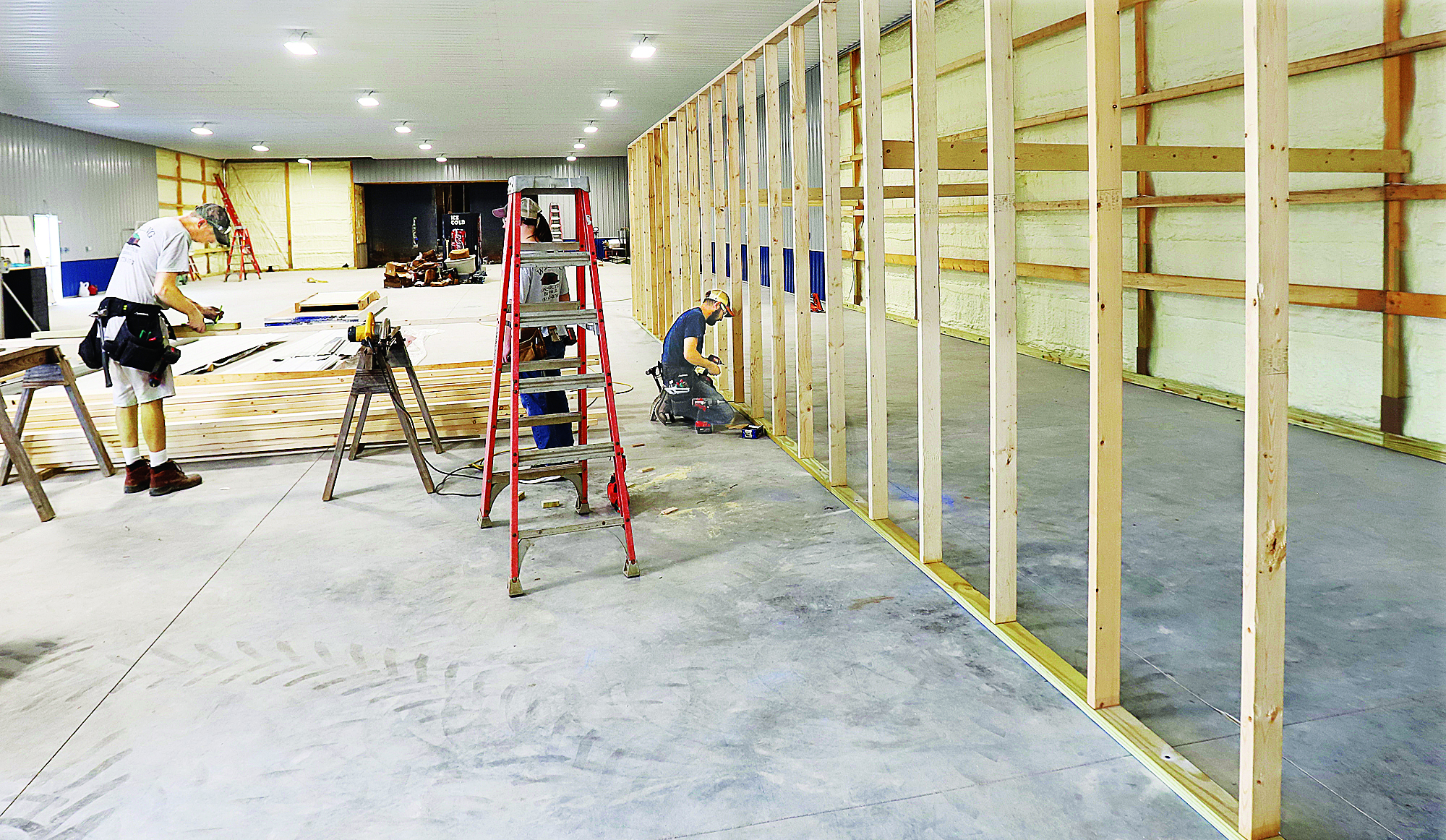 ALTON – The new addition to Bluff City Outdoors in Alton is nearing completion.

Mark McMurray, owner of the business at 2813 E. Broadway, said that when completed, the additional space will be used as an archery range and archery shop.

“We will also be adding additional hunting items and more fishing items,” he said.

The 8,000 square foot structure will have two ranges. In addition to a Techno-Hunt video range, the building will feature a 15-lane range for paper and 3D targets.

McMurray said the additional space will also allow Bluff City Outdoors to expand its selection of trapping equipment and offer full lines of rods and reels.

The store will continue to offer live bait and hold Riverbend Catfish Tournaments. This year, the Alton Catfish Classic is scheduled for September 10; he filled his field with 100 boats by mid-February.

McMurray is happy the new addition will include an archery range, noting that it’s been years since Alton has had such a range. Bluff City Outdoors’ expansion also comes with the closure of one of the area’s best-known archery ranges, Town Hall Archery in Belleville.

“All the people that were coming out there are going to be looking for a place to go,” McMurray said.

The addition should be open by mid-July, according to McMurray.

Bluff City Outdoors was one of six Alton businesses featured on the 2018 edition of Deluxe Corporation’s Small Business Revolution, a national television program providing economic development assistance to selected businesses. As part of the program, Bluff City Outdoors received marketing assistance and a complete physical makeover of the store that included paint, shingles and fixtures.