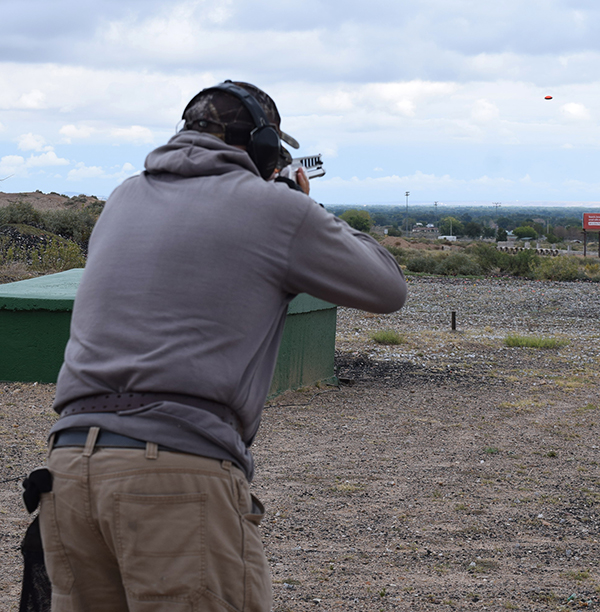 For 74 years, the sounds of ‘pop-pop’, the occasional ‘boom’ and now the periodic ‘thwang’ have been heard from the West Belen Mesa off West Frontage Road. This is where shooting sports enthusiasts applied their skills.

“It was a very open country. There were no homes, no businesses,” BSSA director Clifford Sanchez said.

The range originally covered 75 acres, but it has shrunk with the encroachment of Interstate 25 and neighboring businesses. But, according to Sanchez, no more.

“We’re grandfathered so we don’t plan to move,” he said. “We do not plan to cede any further lands.”

“Anyone – anyone who would like to come and shoot a shotgun or a handgun is welcome,” President Jerry Wright said. No experience is necessary. “Last year we had a kid whose gun was 4 inches taller than him.”

During a recent visit, security was repeatedly emphasized. Dan Rose is the Association Secretary and Range Safety Officer. 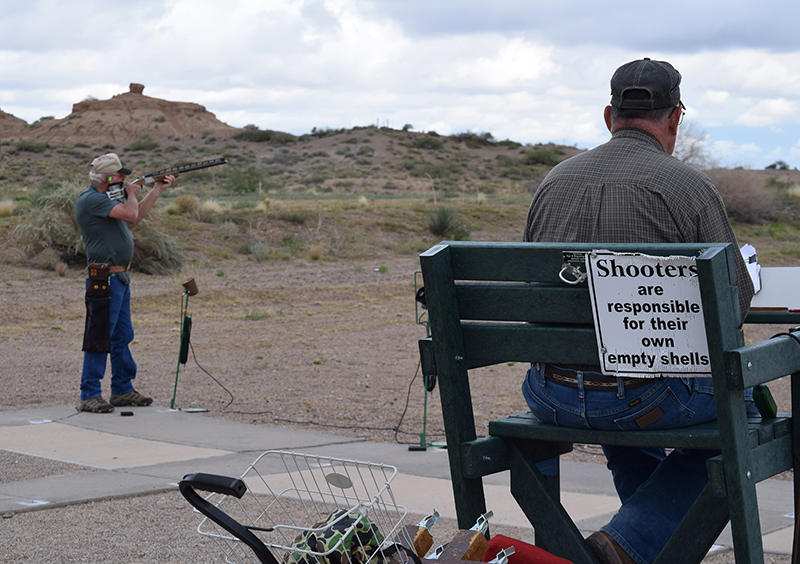 “We offer any kind of assistance that new shooters might need,” Rose said. “I have certain commands that they all learn and follow. All of my shooters are extremely safety conscious.

The range primarily attracts locals, but it also attracts people from all over New Mexico. Sanchez is a certified “live fire” instructor, which means live ammunition is used during training.

“Every class we teach here is live fire. Most courses in the state are not,” Sanchez said. “We have kids coming here from all over the state just because they want to learn live shooting.”

“We now have a range of 100 meters. We set up tables to stabilize the shot there,” Rose said. “We also built concrete pads so we didn’t have to stand in goats’ heads.”

The annual BSSA membership fee is $20. Trap shooting range usage fees are between $4 and $6 to cover the cost of the targets.

The ranges for handguns and rifles are open on Mondays and trap shooting is available on Tuesdays and Saturdays. Arrangements can also be made to shoot at other times.

“We’re not here to make a profit,” says Wright. “We are here to come and shoot and have a good time and visit. A lot of guys come just to visit.