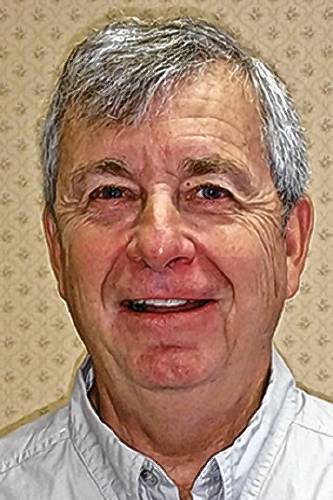 The Massachusetts Fisheries and Wildlife Board met Wednesday at field headquarters in Westboro. The Board also held a public hearing on proposed regulatory changes to 321 CMR (Commonwealth of Massachusetts Regulations) 3.00 Hunting: in particular, the regulations relating to the hunting of pheasant, quail and small game.

Create a late season for pheasants and quail so that hunters can pursue any unharvested birds until December 31.

Extend hunting hours on stored WMAs. Hunting hours would remain sunrise to sunset during pheasant hunting, but would be extended for other species. For example, bow deer hunters could now hunt from half an hour before sunrise to half an hour after sunset on pheasant-populated WMAs.

Standardized hunting hours for pheasant and quail from sunrise to sunset across the state.

Remove WMA gear restrictions and standardize gear (shotgun and archery) for pheasant and quail. For example, bear and coyote hunters would now be allowed to use any legal hunting implement, including guns, on pheasant-populated WMAs. Hunters could now only use shotguns and archery equipment when hunting pheasants statewide.

Simplify and expand the seasons of hare, cottontail rabbit and gray squirrel. Hare, rabbittail and gray squirrel hunting seasons would be extended through the end of February into a single statewide season for each species.

Suppress the black-tailed hare season. MassWildlife staff believe the species is extinct and has been absent from Massachusetts for decades.

The board received approximately 80 comments on the proposals and will continue to accept comments until July 6. There was overwhelming support for the changes which provide additional opportunities for athletes and clarify the rules. The changes will be on the agenda for review at the July Board meeting.

The annual deer review was on the agenda and Deer Project Leader Martin Feehan presented the staff’s proposed allocation for Antlerless Deer Permits (ADP) for all areas of deer management for the coming season. The 2021 deer harvest showed a reduction in the total deer harvest in Massachusetts. Feehan noted that this was a consistent trend across all Northeastern states and hunter participation was down after the significant increase in 2020 related to the COVID-19 pandemic. It was also noted that Massachusetts was working with the USDA to test for SARS CoV 2 in the state. A total of 86 of the 558 samples tested positive. There is no evidence that the virus has any impact on deer or humans. Deer COVID testing has shown no cases where COVID has been transmitted from wild deer to humans.

Massachusetts continues to successfully keep chronic wasting disease out of the state, and regulations limit the importation of deer from other states. It is illegal to import deer parts from states or provinces where chronic wasting disease has been detected (a map of these states is available on the MassWildlife website). It is legal to import deboned meat, clean skullcaps, headless skins, or a fixed taxidermy mount. This prohibition applies to all members of the deer family, including, but not limited to, white-tailed deer, mule deer, red deer, moose, caribou, or elk.

Antlerless permitting has been increased in nearly all areas of the state, as Massachusetts’ population goal of 12 to 18 deer per square mile is in place in the majority of the state’s 14 areas. Locally, Zone 5 has been increased by 150 permits to a total of 1950 and Zone 6 has been increased from 30 to 400. Project leader Deer Feehan, who joined MassWildlife about a year ago, noted that the Allocation increases would be monitored for three years, and a number of data points would be examined at that time. Both areas are currently on target.

If you want to hunt antlerless deer this fall, you need an antlerless deer permit. If you apply for a permit before the July 16 deadline, you must then check after August 1 to see if you have been granted the opportunity to purchase the permit. Hunters can apply online using MassFishHunt on a computer or smartphone. You need a valid hunting or sport license to apply for an antlerless deer permit. There are no fees to apply; a $10 fee is charged only if you obtain a permit during the instant attribution period.

Prior to the board meeting, a ceremony was held to recognize Massachusetts Ducks Unlimited for their generous contribution of a catch net caster that would be used to make collecting waterfowl for data analysis much more efficient. . The Western Mass Duck Hunters Association, an organization of which this author has been a member for decades, and the Nashua River DU Chapter, which was founded by my lifelong friend Mike Donnelly during my tenure as regional director of Ducks Unlimited, provided some important part of the launcher’s financing. Grassroots Ducks Unlimited volunteers were recognized by a number of those who spoke as being known for “following the march AND speaking the word,” as they have always selflessly mobilized to do things that benefit people. vast resources and not just ducks.

Mike Roche can be reached at [email protected]