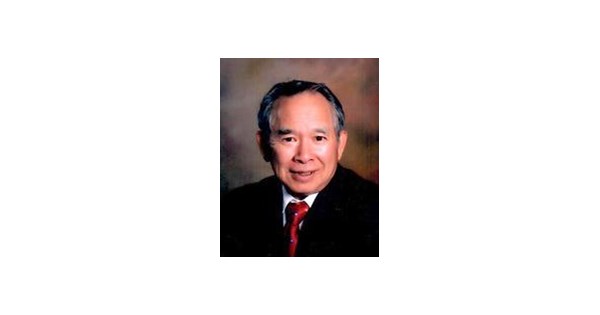 Arthur B. Tom
January 12, 1935 – January 24, 2022
Fair Oaks, Calif. – Arthur B. Tom died on January 24, 2022 at the age of 87. Art was born in Salinas, California to Edwin Gene Tom and Annabelle Faith (Lew) Tom. At an early age, he was adopted by his uncle Poy Coon Tom and aunt Lee Yuet (Mui) Tom.
Art grew up in Marysville, California. Born between the Great Depression and World War II, he learned at an early age to work hard and appreciate the value of a dollar. Art used his earnings to buy basic necessities that were not provided by his parents. He bought his first mattress so he wouldn’t have to sleep on the floor. He bought tennis shoes for school so he could play sports. Around the age of 9, Art sold newspapers to local businesses and soldiers stationed at nearby Beale Camp. After selling newspapers, he went to local bars and shined soldiers’ shoes or boots. During the summers, he mowed the lawns, sold his mother’s homemade Hawaiian crepe paper leis door to door, or accompanied his father to San Francisco’s Chinatown to sell Chinese vegetables from the back of their truck.
Art has never received birthday or Christmas presents from his parents. One year at Christmas, Art received his very first Salvation Army toy… a bright red fire truck. He never forgot that first gift he received, and he never forgot where it came from. In elementary school, the first period of Art was arithmetic. He usually arrived late for school because he didn’t have an alarm clock. He failed most arithmetic classes, so he learned math at home. Art was very good at math and calculating numbers in his head. Art participated in track and field and football while in Marysville High School. He was proud of the track and field medals he won and his high school letter jersey.
With a positive attitude, Art never wondered why he didn’t have things others around him already had, he just found ways to learn how to achieve his goals. Art liked to learn how things worked. He figured out how to make his first bike, by getting bike parts thrown into trash cans behind a toy store. The first car he bought was unusable and had to be towed home. He had fond memories of helping his father rebuild the engine to run the car.
Some of Art’s jobs throughout his life included: Park Grocery and Linda Super Markets, stock boy; Tomato Inspector; U.S. Postal Service parcel post deliverer; CA Highways Division Draftsman; Life Insurance Mutual Guarantee and Lead Life Insurance Company Salesperson; Palace Meat Company salesman; Owner/operator of Drapery Lane; and owner/manager of ABT Properties. In the 1960s, Art was such a successful life insurance salesman that he won several “Salesman of the Year” awards and his picture could be seen on several billboards in the Sacramento area to promote him. as well as his insurance company.
Art attended Yuba College and UC Berkeley. He was a former member of the Sacramento Chinese Golf Club and the Sacramento Junior Chamber of Commerce.
Art and his wife, Barbara, met at a ball held at the Tuesday Club in Sacramento, California. They were married for nearly 66 years. After retiring from Drapery Lane, they traveled to many places around the world. In addition to traveling, Art enjoyed golfing and watching golf on television. He also enjoyed watching “Jeopardy!” every night on TV. His other interests include cooking, reading, dancing, gardening, bowling, boxing, archery, fishing, listening to music, and playing Texas Hold ‘Em with his grandchildren. . Art enjoyed planning and attending many Tom family gatherings. He was a beloved and respected son, husband, father, brother, nephew, uncle, grandfather, great-grandfather and friend. Friends and family often visited Art for business, financial or real estate advice.
Art was predeceased by his brothers, Jack, Gene, Wallace, Clifford, Curtis and Robert; and by his sisters, Ruth Tom and Maybelle Ow. He is survived by his wife, Barbara; children: Julie (Michael) Ayala, Kevin (Cindy) Tom, Steven Tom and Rena Tom; grandchildren: Alex Tom, Andre’ (Becca) Ayala, Catherine Tom, Alyssa Ayala, Nicholas (Desiree) Tom, Victoria Tom and Ivo Lindner; and great-granddaughter, Sofia Tom. He is also survived by his brother, Clarence (Betty) Tom and his sisters, Sylvia Cheng and Dolly (Sam) Jang.
The art will be interred at Mount Vernon Memorial Park, 8201 Greenback Lane, Fair Oaks, CA 95628. A funeral service will be held on Wednesday, February 16, 2022. Visitation will begin at 9:00 a.m. in the Main Chapel. The funeral, interment and reception will begin at 10 a.m.
In lieu of flowers, please make a donation in Art’s name to the Salvation Army.

Published by The Sacramento Bee on February 6, 2022.

To plant trees in memory, please visit the Sympathy store.