Archery | The national meeting returns after a break 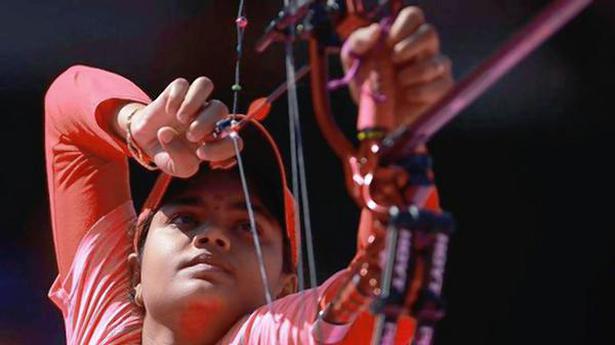 The country’s top archers, barring a few, are set to provide thrilling action at the iconic Tata Archery Academy here from Saturday as the 40th National Archery Championships return after a hiatus induced by the pandemic.

Nationals were last held in Cuttack in 2019.

The Archery Association of India (AAI) noticed a lot of excitement as the elite national event returned.

The federation received the maximum number of registrations — more than 950 out of 40 units — for this edition.

Several top archers, who participated in the recently concluded World Archery Championships and World Cup Finals in Yankton, USA, will participate in the event.

Olympians Atanu Das, Deepika Kumari and Pravin Jadhav will be seen in action in the classic events.

Three-time World V silver medalist Jyothi Surekha and Abhishek Verma will be among the star compound archers taking part. The top 16 archers from the recurve men’s and women’s and compound men’s and women’s categories will be selected from this championship for the selections to be held on October 10 and 11 here for the Asia Archery Championship in Dhaka this month. next.

A few archers, including Sangampreet Bisla, Ridhi and Aditya Chaudhary, who competed at the world championships and missed out on their respective state units’ selection process for the national championships, will also have the chance to take part in the trials, a source said. IAA. The source.

The championships will also feature promising archers who have shone at the elite and youth world championships.