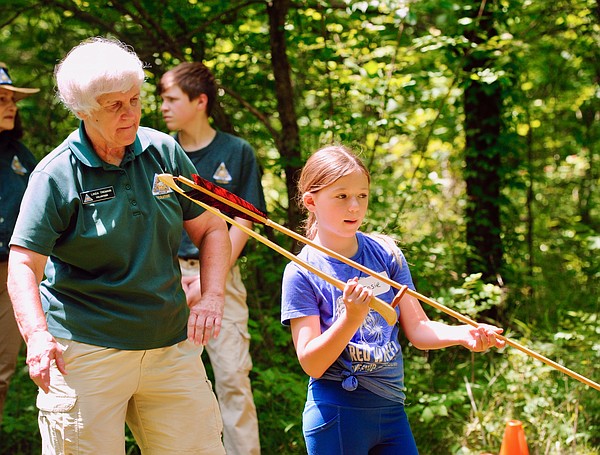 Around 20 children, aged 7 to 12, honed their outdoor skills through the ‘A Day at Runge’ program on Friday.

They spent the morning at the Runge Conservation Nature Center practicing archery and atlatl, in which the “hunter” uses a spear or dart throwing device to throw a dart at a target. Ancient hunters as early as the Paleolithic period used these devices to hunt megafauna – mastodons, ground sloths and other now extinct giant animals.

None were available for Friday’s “hunt”. Instead, the students fired their darts at large straw-filled targets.

The young people worked on kayaking and fishing during the afternoon.

Austin Lambert, a naturalist at the center, said the program was intended for students to learn outdoor skills they could do while enjoying nature in Missouri. The atlatl, he says, was used until very recent history for hunting and warfare. It is a legal method to hunt many animals in Missouri.

“It’s an old weapon, but it can be used to harvest deer, turkeys and a variety of other animals,” Lambert said during a lunch break. “Now we’ll head to headquarters. There are a few ponds there, where we can go fishing, kayaking and other paddle sports.”

The students spent a few hours on each skill — quickly eating up the day, Lambert said.

Laurel Welch admitted she may have cheated a bit by enrolling in a program that included archery – she is a member of the St. Peter Saints archery team. So, Laurel says, she did pretty well at this activity.

She said her attempts were… “Bad. I didn’t aim really well,” the 12-year-old said.

Another skill she’s already mastered is kayaking. She kayaks on a lake her grandfather built, Laurel said.

“We’re going kayaking and fishing there,” she said.

“I did pretty well at archery. Pretty close to the target.”

Eli added that he had been fishing a lot, but had never kayaked. He said he was excited for the opportunity.

Lambert said the program will recur on June 17 and 24.

The ages (7-12) remain the same for groups on those dates, he continued. There will be painting and other activities involved, he said.

“The next week we’ll be exploring the outdoors, so they’ll have more of a piece of natural history where we’re looking at different animals and plants and things along those lines,” he said.

“A Day at Runge: Art in Nature” is scheduled for next Friday. During the event, students will use a variety of materials to create nature-inspired art, according to the Department of Conservation’s website. Seven spaces remained open on Friday.

A waiting list is available for “A Day at Runge: Outdoor Exploration”. The June 24 program complements the June “Day at Runge” programs. Outdoor exploration allows students to have fun exploring different areas of Runge, including the stream and the savannah.

Other Department of Conservation programs are available by going to https://mdc.mo.gov/events.

Clive Foster, 8, prepares to throw a dart during the ‘A Day at Runge: Outdoor Skills’ program on Friday morning. 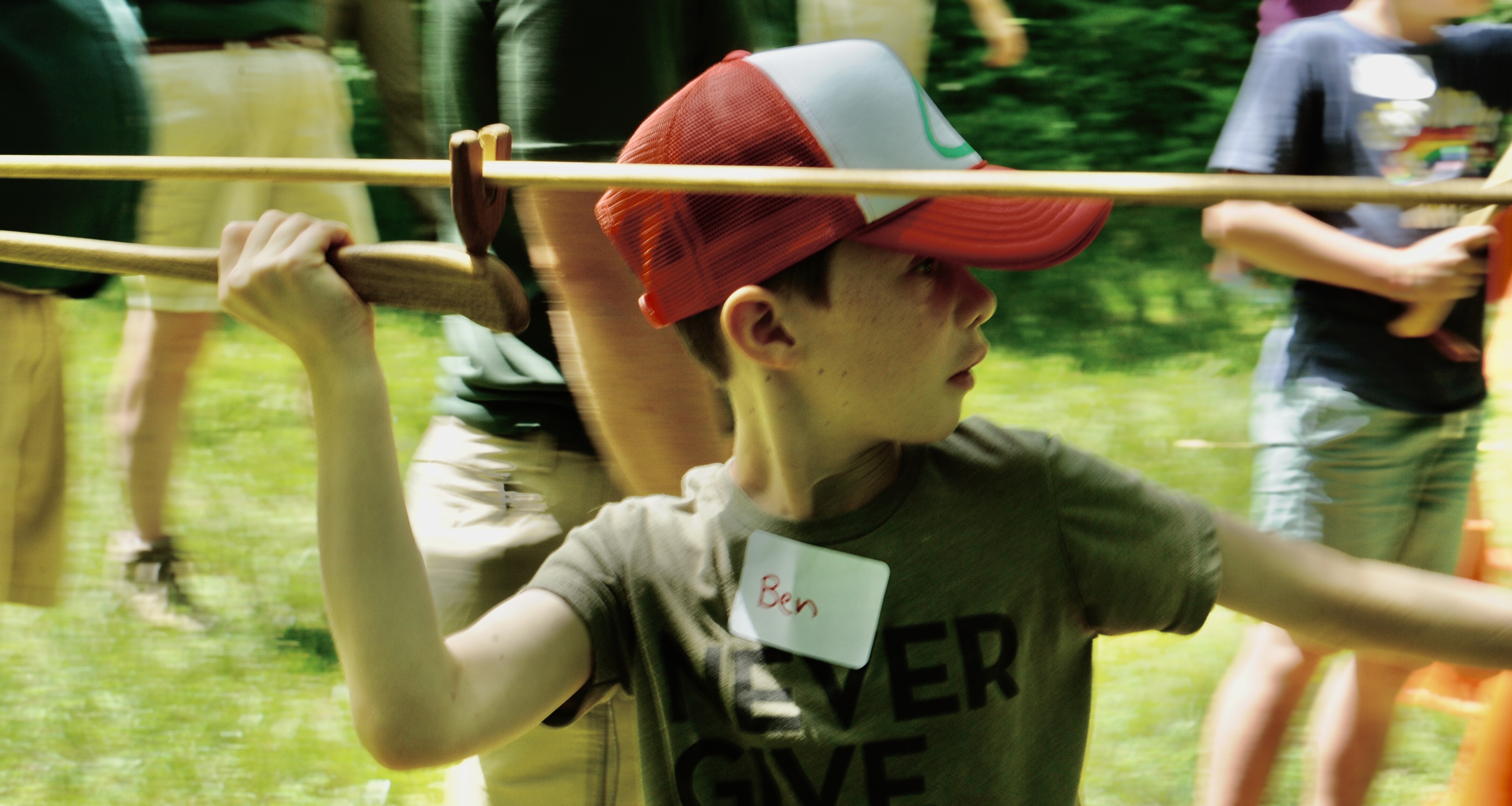 Nine-year-old Ben Veit shoots his target with an atlatl (a spear or dart-throwing device used by ancient hunters as far back as the Paleolithic period). Ben learned several outdoor skills at the Runge Nature Center on Friday. 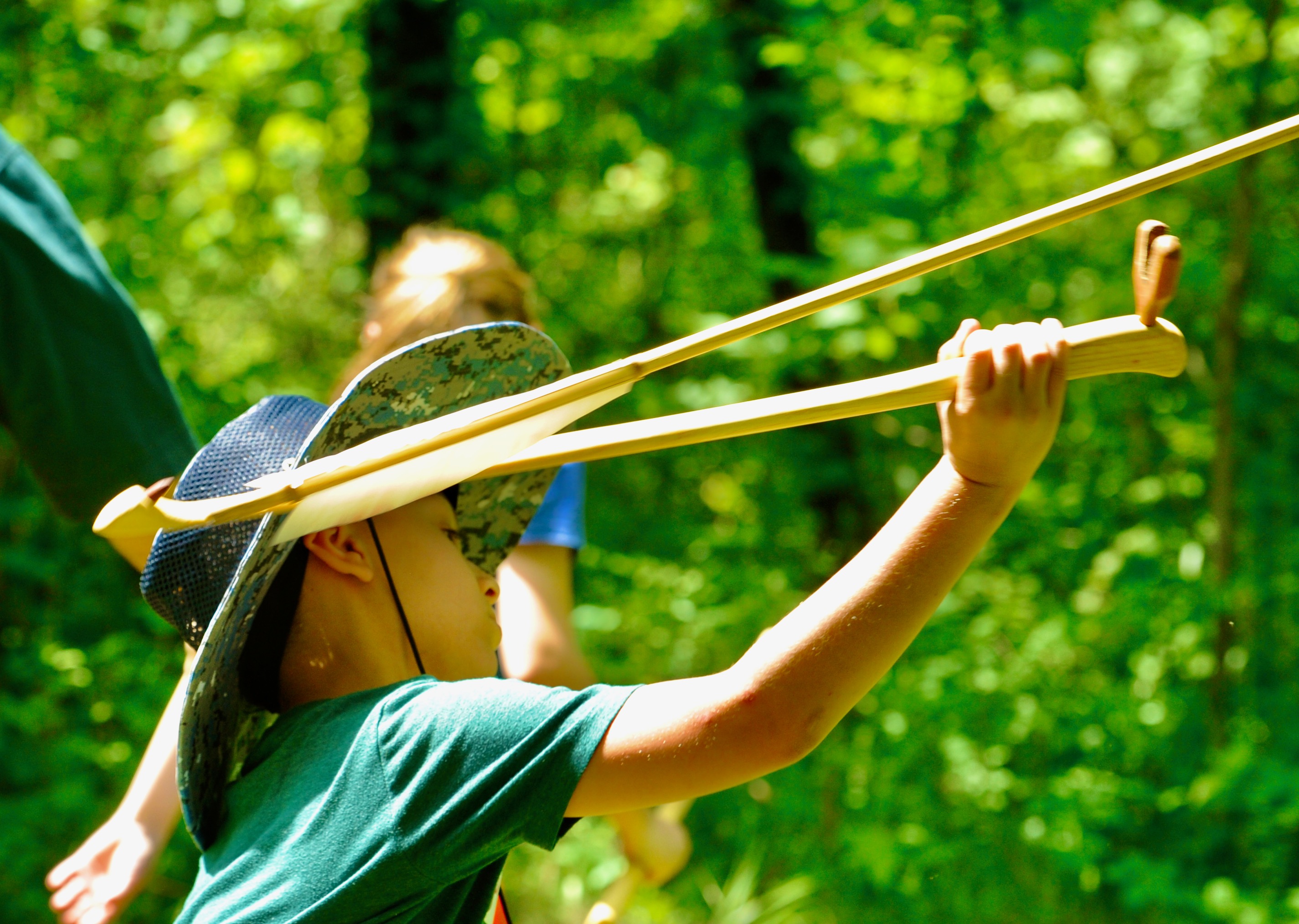 Jude Hobbs, 9, throws a dart at his target at the Runge Nature Center on Friday. 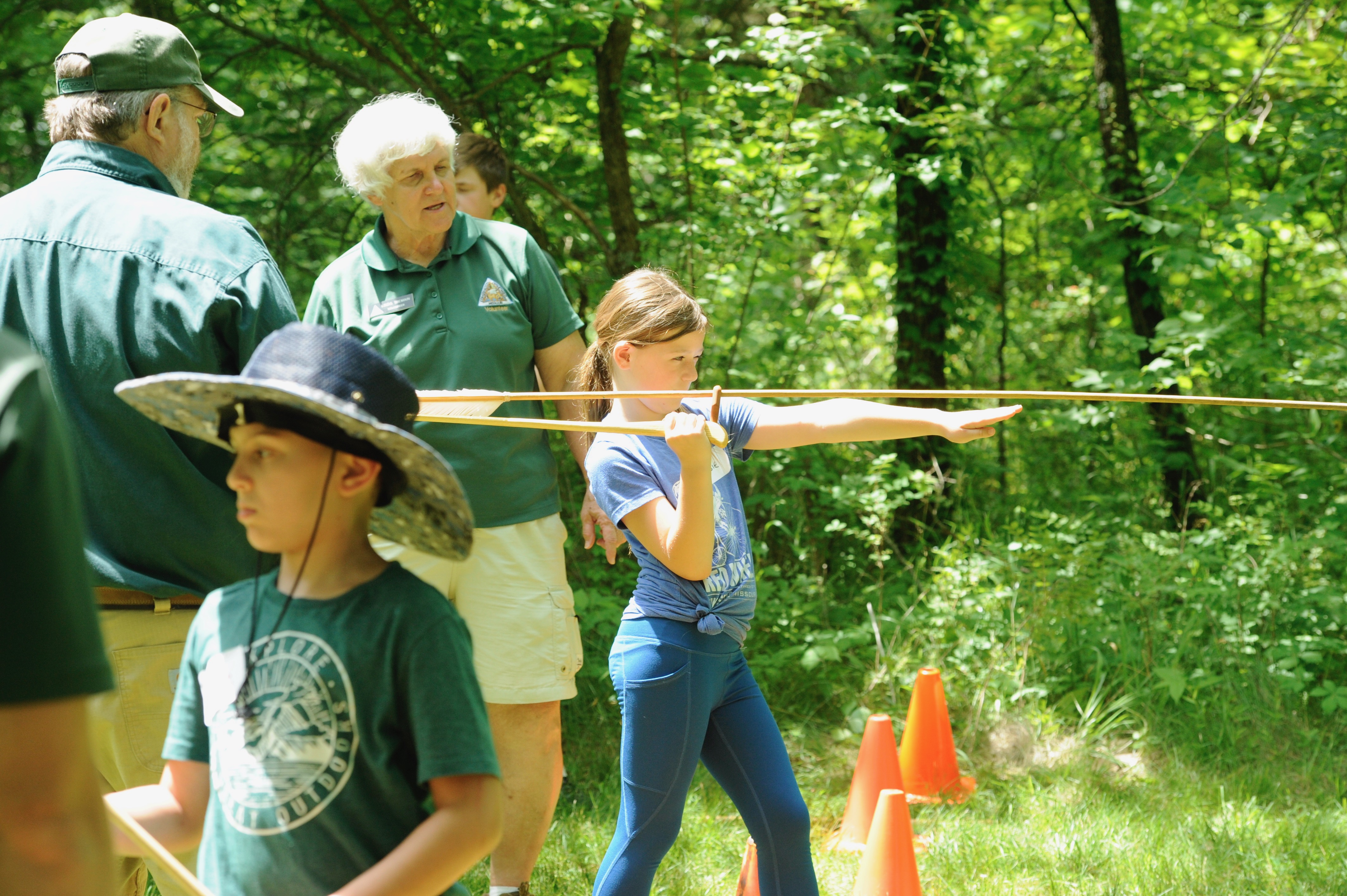